From Senegal, with love 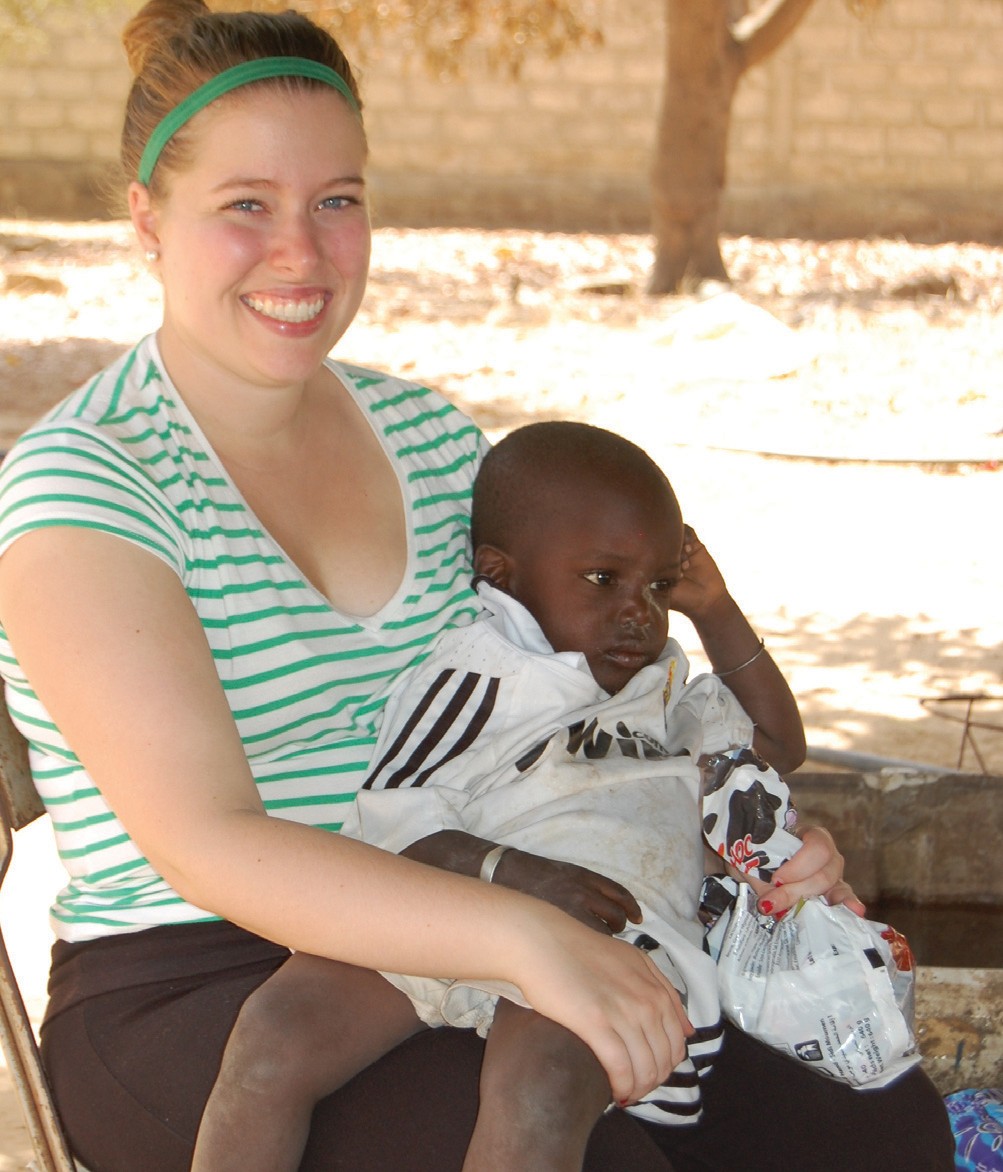 Anna Goode with one of her street boys

When 23-year-old Anna Goode wants to feel at home, she bakes cookies.

“When you live in a developing country, you learn to appreciate the simple things,” she says.

Like how the young street boys she ministers to know her name and are always excited to see her. These homeless, often orphaned, boys are sent out to the streets to beg for food, money, and other items needed by the marabout, the Muslim Brotherhood leader. Some boys are as young as 3 years old.

Goode says she was called to minister to these boys during her numerous missionary trips to Senegal, a country located in West Africa.

Goode, who began working with the boys in December of 2011, says becoming involved with the boys is “inevitable for anyone who has eyes and a heart.”

“I was losing sleep at night thinking about my lack of activity with these people who are just right at my doorstep,” she said.

“Every time I put my hand on a little boy’s shoulder, give him a sandwich, make him smile, I know that he’s going to remember me and that will change his life,” she said. “I don’t go out with the thought of evangelization. I’m a firm believer that people will know I’m a Christian by my love. If I carried a Bible and preached to these boys, I would completely lose my ability to have a relationship with them. These children belong to Islam, if I want to change that I just need to love and care for them.” The beginning

Goode graduated from Oneonta High School in 2008 and went on to obtain her degree in religion from Birmingham Southern.

During her time in college, she was introduced to Senegal by visiting the Global Ministries website for the missions board of the United Methodist Church. She found a missionary in Senegal from the North Alabama Conference who she shared a common friend with, and within a few months, she was in Senegal for the first time in July 2010 for a three-week trip.

Now, almost three years later, Goode’s term began in September and she won’t be home until the end of July.

“I came here in September with grandiose and inaccessible plans of how I was going to set up many programs ina short amount of time,” she said. “I found out that it just does not work that way. I would like to say that every day I make progress, but I can’t. Some days I have achieved little to nothing, while other days I feel incredibly accomplished.” Projects and programs

Goode lives off donations and her programs are no different.

One of the programs Goode is involved in includes feeding the children in her neighborhood of Dakar every Friday.

“The goal is to have a place that allows me, the program, and the program volunteers, to feed the people who don’t have the ability to work everyday for breakfast and dinner,” Goode said.

The program looks to garner $100 each week, which would feed approximately 100 people, according to Goode.

She is also involved in two other projects.

Each month, Goode visits a different United Methodist Church in Senegal with her team of volunteers and supplies with intentions of providing the church and community children with shoes, fresh clothes, food, and first-aid care while also helping their parents to understand proper nutritional information.

“The churches outside of Dakar receive less attention,” Goode explains. “Therefore, we have decided that visiting and supporting each will allow the community to see the church engaged in outreach.”

Goode explains her plans for her programs in a newsletter she sends back home to Oneonta entitled, “From Senegal, with love.” In one of the latest newsletters, she expressed excitement over her English students’ progress.

“I am happy to announce that I had three of six students pass the final exam of the Beginning English class,” she writes. “They worked very hard and I am very proud of them all.”

She goes on to discuss HOPE (House of People Everywhere) ministries. Goode spearheads the project, which “is an umbrella for all programs sponsored by the UMC of Senegal for children of the church and community.”

Recently, the program was chosen to be listed on The Advance of GBGM (General Board of Global Ministries), which will help to raise money for the programs which will positively affect the children inside and outside the church, including the programs Goode is involved in. Museum display

A picture prompted the current museum display that showcases Goode’s calling. The painting was given to her during her first trip to Senegal. Now dresses, photographs, jewelry, and more are displayed at the Blount County Memorial Museum in Oneonta for four months to bring light to just one of the things that Blount County people are doing around the world.

Jacki says if any one wishes to donate to HOPE Ministries, buy a $10 desk calendar that includes pictures of the children and people of Senegal, or help Anna, call her at 237 – 7078.