From road block to waterlogged 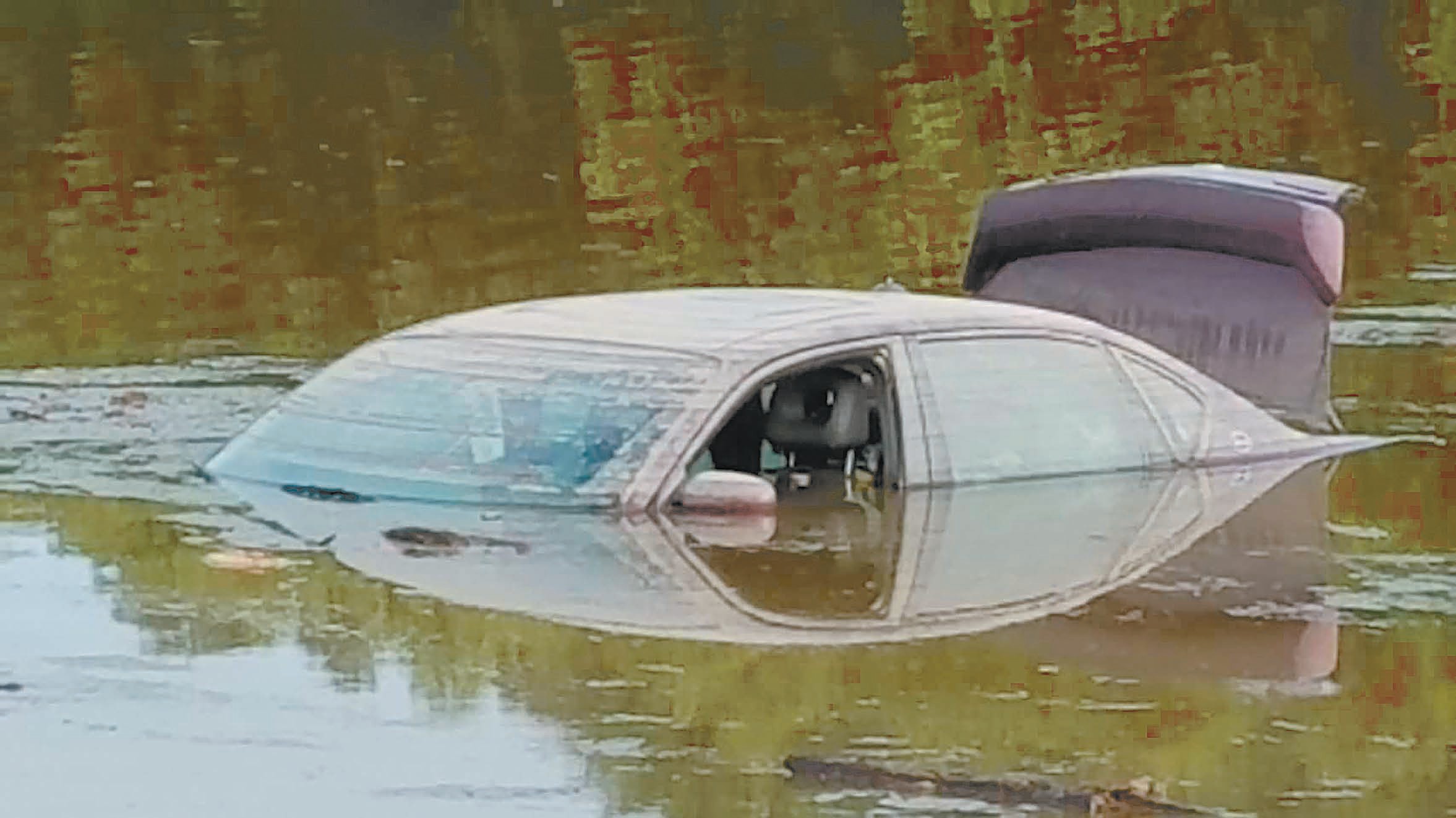 What started off as a somewhat normal Friday evening on Straight Mountain quickly turned out to be a rather busy night for the Blount County Sheriff’s Office, Highland Lake Police, and other first responders.

Within just a matter of minutes, activities went from a police check point in front of Appalachian school, to a car completely submerged in Sugarland Lake, to searching for a teen allegedly running from law enforcement.

Heavy rain over the previous days had caused severe flooding throughout Blount County, including the Sugarland Lake area. As a safety measure to prevent drivers from traveling through the rushing waters rapidly flowing over a low-lying area on Reid Road, barricades had been placed there earlier in the day.

The barricades did not stop some drivers from attempting to cross the water-covered roads.

At approximately 8 p.m., a driver, who was possibly trying to elude the police roadblock, turned down Reid Road, went around the barricade, and began driving across the flooded area. This proved to be a bad judgment call, as the rushing waters quickly swept the car and driver into Sugarland Lake.

Fortunately, the driver was able to escape uninjured and swim to shore where he was met by authorities and cited for driving a car into the lake.

The suspect began feeling ill and after being cited and released, he was transported by ambulance to the hospital.

Brian Reid, president of Sugarland Lakes Association said, “Hopefully this incident will bring awareness of not driving through flood waters. Fortunately, the driver was not injured and he was alone. Just be smart about driving, especially on flooded roads. If you have to question whether or not you can make it, then do not do it.”

The car remained submerged overnight and was pulled from the lake around 10 a.m. Saturday morning.

As that incident was wrapping up, it was reported that deputies were searching for a teen trying to elude officers near Sheffield Drive. Witnesses report that the male was apprehended about 9 p.m. No further information regarding this incident was available at press time.