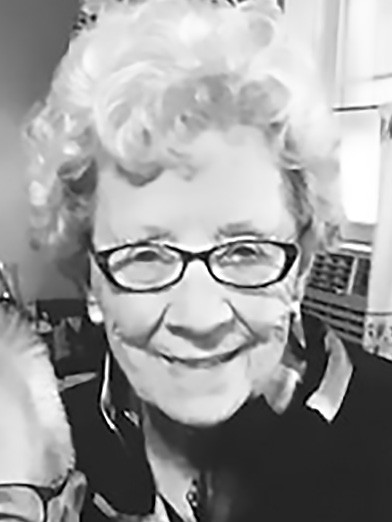 Four years ago, The Blount Countian’s Jim Kilgore wrote a feature article about Wrae Fowler who had just turned 96. The article titled “Fowler still going strong at 96 years of age” was printed in the March 14, 2018, edition and told of many aspects of her life. Since that article was printed, Fowler is “doing fine” and “still going strong.” The Blount Countian reached out to Fowler on Monday to get an update on life over the past four years.

Fowler, who will turn 100 Sunday, Jan. 9, attributes “the grace of God” for keeping her on Earth and going strong. She will tell you that she cannot believe she will be 100 years old in just a few days. It seems surreal, but God knows what He is doing and is not finished with her yet.

Each Sunday morning and evening and Wednesday night you will find Fowler attending Bible study and worship services at Cornerstone Fellowship Church. Worship is extremely important to her, and she will quickly attest to that fact. As long as she is able, Fowler relishes the opportunity to learn more about and to praise God.

As we talked about her 100th birthday, Fowler mentioned that she will be giving her testimony at 5 p.m. at the church and is looking forward to doing so. The church is planning on honoring Fowler Sunday as well.

Each year, Fowler continues to attend a retreat at the Billy Graham Training Center at The Cove in Asheville, N.C. She thoroughly enjoys the opportunity to attend on-site events with Bible teaching from speakers and soul-stirring worship by a variety of artists.

Fowler resides in her own home and maintains it daily. Although she now spends each night with her daughter Lucy, Fowler is right back home bright and early each morning to fix her own breakfast and tend to her daily activities. Fowler doesn’t cook as much as in earlier years, but she still enjoys baking cakes for others.

For those that may not know, Fowler is one of the three surviving members of the Marsh family that became quite “famous” in Birmingham before the stock market crash in 1929 and World War I in the 1930s. The Marsh family began selling bread door-to-door during this time when Fowler was just a teen and the two remaining sisters were younger than she. One surviving sister is now 98 and her “baby” sister is 93.

The Marsh family eventually had several bakeries in Birmingham after World War II. Baking is still in her blood and making the aforementioned cakes for others gives Fowler great joy.

Staying in touch with her four remaining children is something Fowler also loves. In fact, she still practices the dying art of writing letters to her children on a regular basis. She continues to visit them as well. Fowler recently flew unaccompanied to Springfield, Ill., to visit one of her children. Although it has been six years since she has been overseas to visit her missionary son Ben in Japan, it can still happen. Yes, it would present some challenges, but challenges can be overcome.

In mentioning challenges, Fowler has had to overcome a couple since the last article was written. She has been diagnosed with macular degeneration, which causes a loss in the center of her vision. This common eye disorder has taken away her ability to read, but she now has a reading machine to help compensate for the eye loss.

The second challenge Fowler has had presented to her is no longer being able to drive. She admits it is hard not driving and having to wait on others to get her around town. Even so, Fowler is thankful for those who help her get where she needs to go.

Fowler is blessed. She has lived a long life, her faith has remained strong, and her family continues to grow. She has 19 grandchildren and 36 great-grandchildren who are such blessings to her. God is good and Fowler will continue to worship Him until her work on Earth is done.