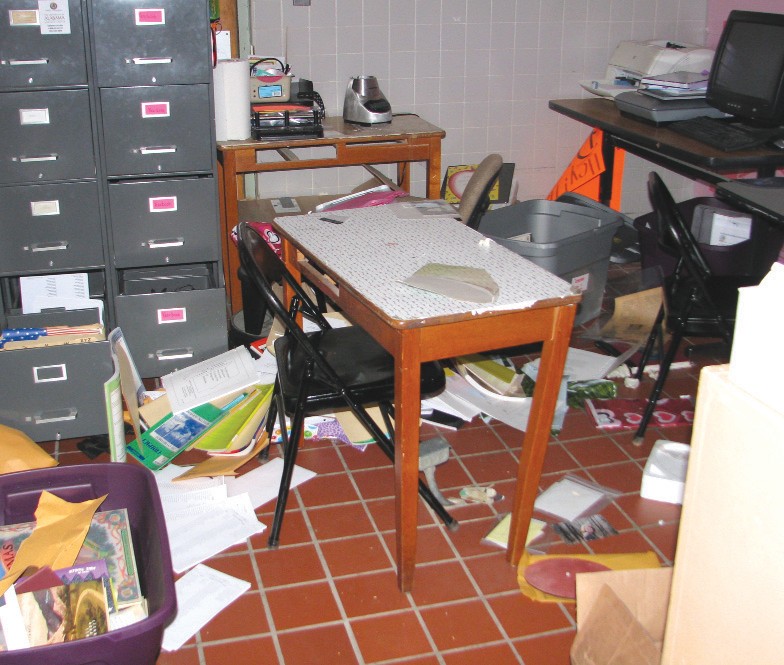 More than $9,000 in damage was done at Susan Moore schools

Three students and one former student from Susan Moore High School are charged with criminal mischief 1st degree and burglary 3rd degree in relation to vandalism at the school, according to Investigator Robert DePaemelaere of the Blount County Sheriff’s Department.

Two suspects are 18 years old and will be charged as adults. The two others, ages 17 and 16, are being charged as juveniles.

The two adults were taken to Blount County Jail and held on a $10,000 bond, $5,000 for each charge. As of Tuesday morning, one was still in custody.

The incident happened late Thursday night and continued into the early morning hours. Three buildings were damaged including the high school, elementary school, and ag shop. Estimates put the damages at more than $9,000, according to Susan Moore High School Principal Chris Pullen.

Additionally, a camera, a Palm Pilot, and approximately $70 in cash was stolen. All have since been recovered.

Pullen said technology significantly sped up the process of finding those responsible.

“The multi-layered security system we have in place helped us solve this case quickly,” Pullen said.

All four suspects admitted to being at the scene of the crime, but no motive was given to law enforcement. On Friday, all four were arrested at the school during school hours.

“These were the actions of a few, and it will not deter us,” Pullen said. “We’re trying to make a lot of improvements, and the community, parents, and school board have been instrumental in making that happen. This will not hinder us from making those improvements to Susan Moore High School.”

One suspect also admitted to damaging a vehicle parked at an abandoned convenience store in Susan Moore on that same night, according to DePaemelaere.

No official word has been given on whether the students will be allowed to return to school.