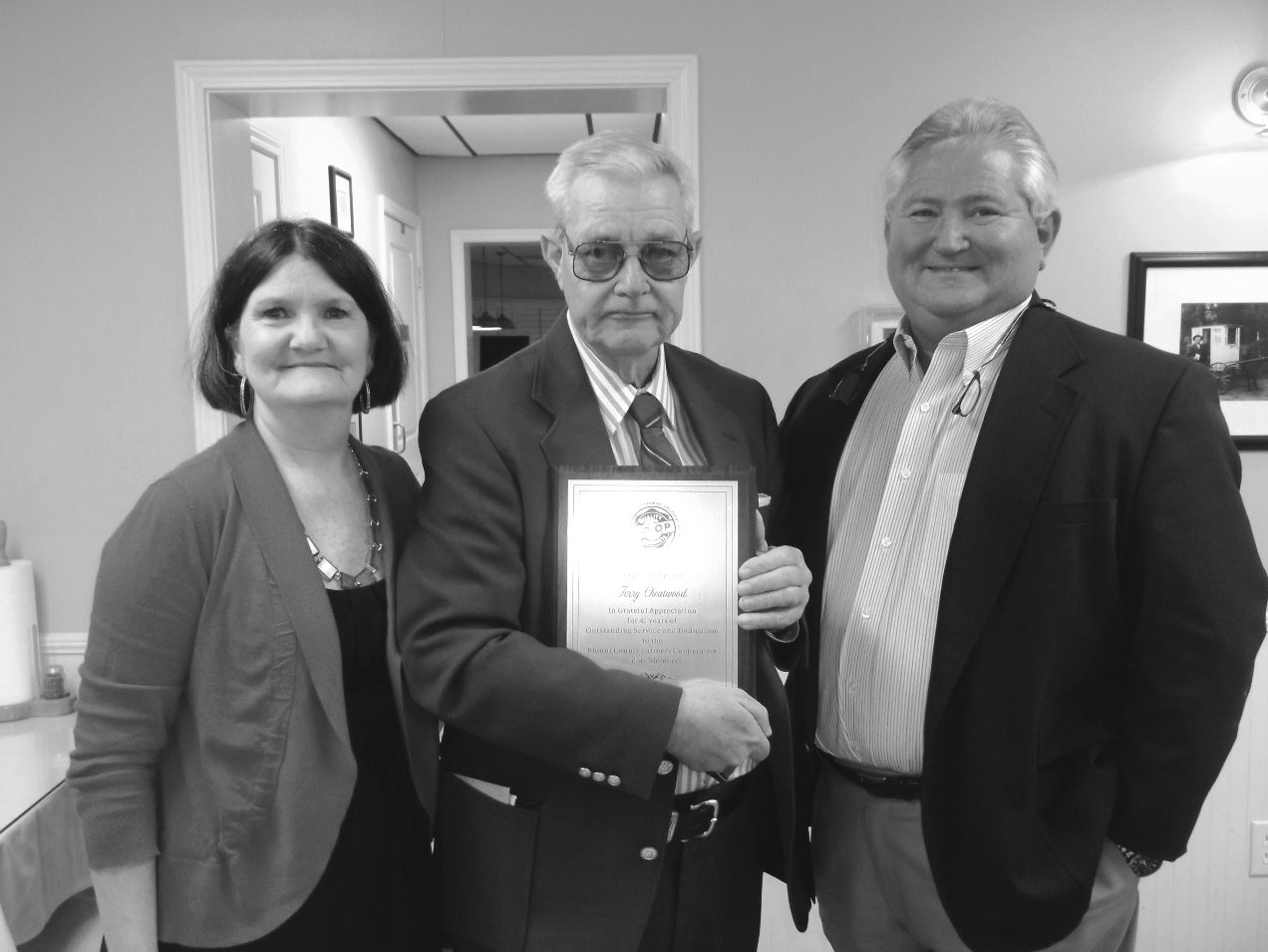 Terry Cheatwood (center) with wife, Elaine, accepts a plaque from Jeff Hallmark, president of the Blount County Co-Op, for 41 years of outstanding service and dedication.

Thursday night, more than 40 family members, friends and co-workers gathered for a very special dinner. It was a retirement dinner for Terry Cheatwood and celebrated his 41 years of service to the Blount County Co-Op. In a world where many change jobs often, Cheatwood was hired in April 1974 and retired from the same job after four decades in January 2016.

Cheatwood worked in the warehouse driving a forklift for most of his 41 years, but his hiring was anything but ordinary. Cheatwood had just married his high school sweetheart, Elaine, and her brother was helping him look for a job. Jerry Sterling, a longtime manager at the Co- Op, was looking for a dedicated worker. Sterling left some trash that needed to be cleaned up and put a broom and dustpan by a wall. While Sterling was talking to Elaine’s brother, he noticed that without being asked Terry started to clean up. Sterling didn’t even interview Terry; instead, he hired him on the spot when he saw Terry’s initiative.

“There was nothing Terry wouldn’t do to help the company. From big to small, you could always count on him,” remarked Dyanne Sterling, widow of Jerry Sterling.

Eric Sanders, the current manager, noted that Cheatwood was always at work, always on time and dedicated and loyal. Jeff Hallmark, president of the Blount County Co-Op, presented Cheatwood with a plaque in appreciation for his many years of service and dedication.

Terry Cheatwood and his wife Elaine have been married for 41 years and they have lived in Oneonta for more than 30 years. The couple has three children and nine grandchildren.