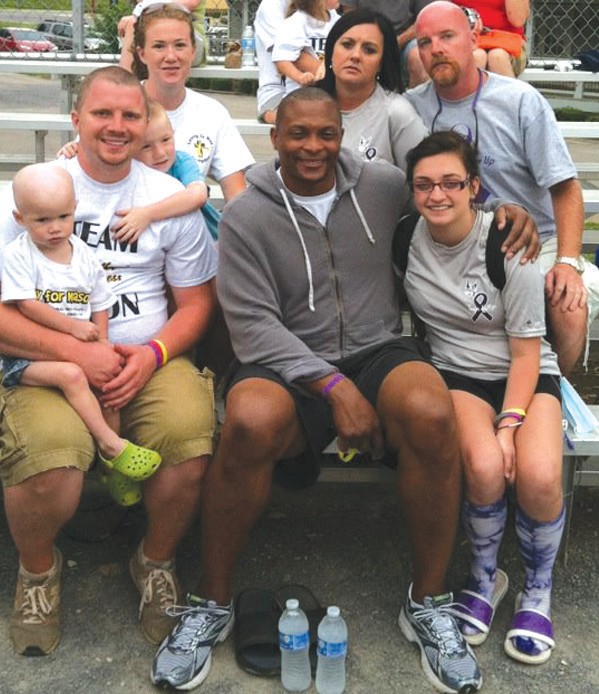 The celebrity softball game was only one of the activities of the day. A softball tournament, a home run derby, raffles, inflatables for kids, a silent auction, food, and helicopters were all on hand to lend to the funfilled atmosphere.

The softball tournament consisted of six teams, three for Team Kaitlyn and three for Team Mason, and the total of donations for the event came to $1,211.

Marsh, a Hayden native, has been battling Chron’s disease and juvenile arthritis throughout her childhood. Greeson is from Snead and has been diagnosed with kidney cancer.

Jason Paul, of Locust Fork, and Michael Talton, of Snead, organized the charity event and they plan to make this an annual occurrence with next year’s event helping two different families.