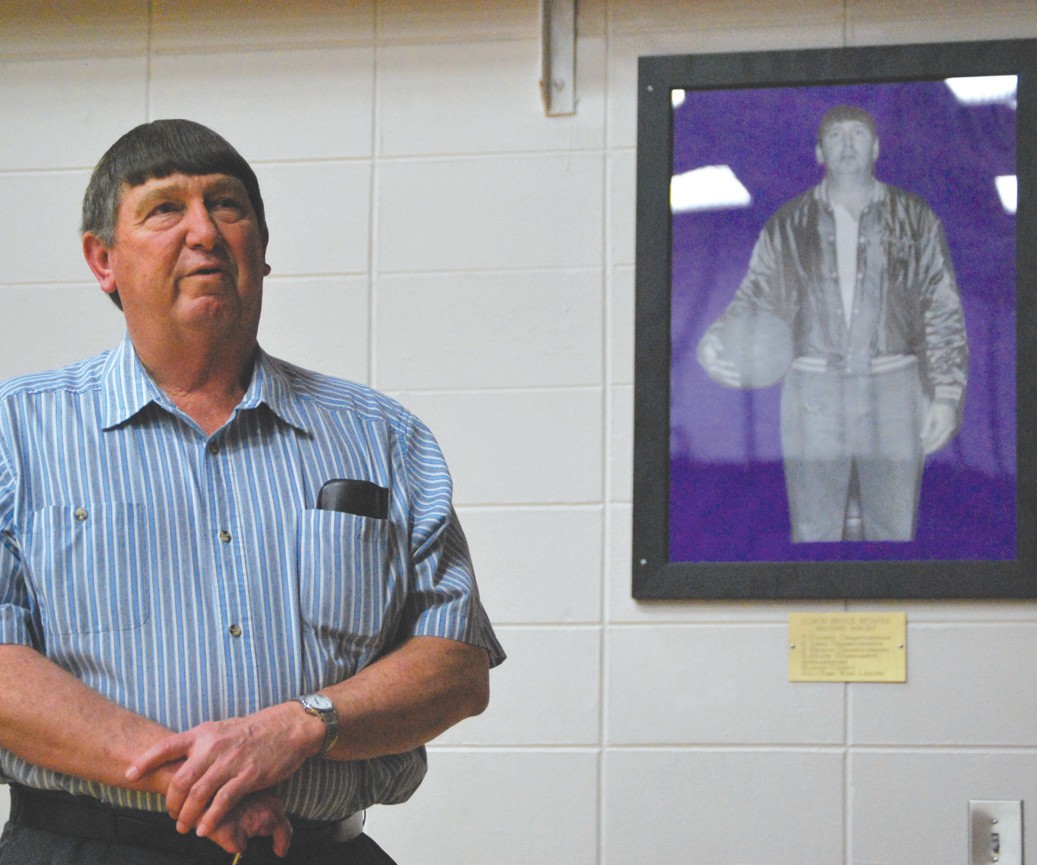 On Jan. 31, Susan Moore High School honored former basketball coach Bruce McAfee with the unveiling of a picture from his coaching days. During McAfee’s 23 years as head coach of the Susan Moore varsity boys, he compiled a record of 368-167 and won seven county championships, six area championships, and three region titles and his teams made three appearances in the state tournament. A number of his former players were on hand for the celebration. McAfee now represents the Susan Moore school district on the Blount County Board of Education. –Rob Rice