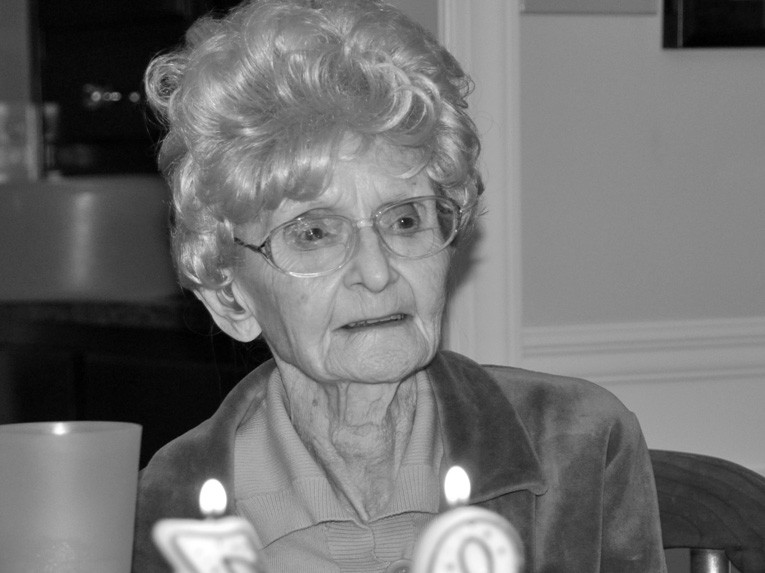 Former resident Bennie Jo Whited celebrated her 93rd birthday recently in Athens, where she lives with her son Glenn and daughter-in-law Carol. Joining them for the celebration were her grandchildren Kim (Mark) Krome of Huntsville and Jennifer (Denis) Kler of Atlanta and greatgrandchildren Sophie, Celie, Rett, Keegan, and Kinsley.


Bennie Jo Nash was born Feb. 25, 1917, in Highmound, the youngest of seven children. At age 5, she moved with her family to Oneonta where she attended grammar school and high school and met her future husband, James Whited.

The Whiteds lived in Oneonta until 1943 when James entered service in World War II and was sent to Okinawa, while Bennie Jo and their newborn son (and only child) lived in Birmingham with her sister. When James returned from overseas in 1946, he worked for W.M. Chambers Hardware on first avenue in Oneonta. In the early 1960s, the store became Whited Hardware, where James stocked a fascinating assortment of old-time collectibles.

Bennie Jo worked as an LPN at Gordon & Patton Hospital for several years and remains a member of Oneonta First Baptist Church. James was once president of Oneonta Chamber of Commerce and was active in Oneonta Lions Club.

When he died in 1998, Bennie Jo moved closer to her son and family near Washington, D.C. All moved back to Alabama in 2006, when Glenn and Carol retired. The three now live near Athens on the Tennessee River.

Bennie Jo is still active, enjoying reading and weekend visits from her grandchildren and their families.