‘Footprints in the Dust’ 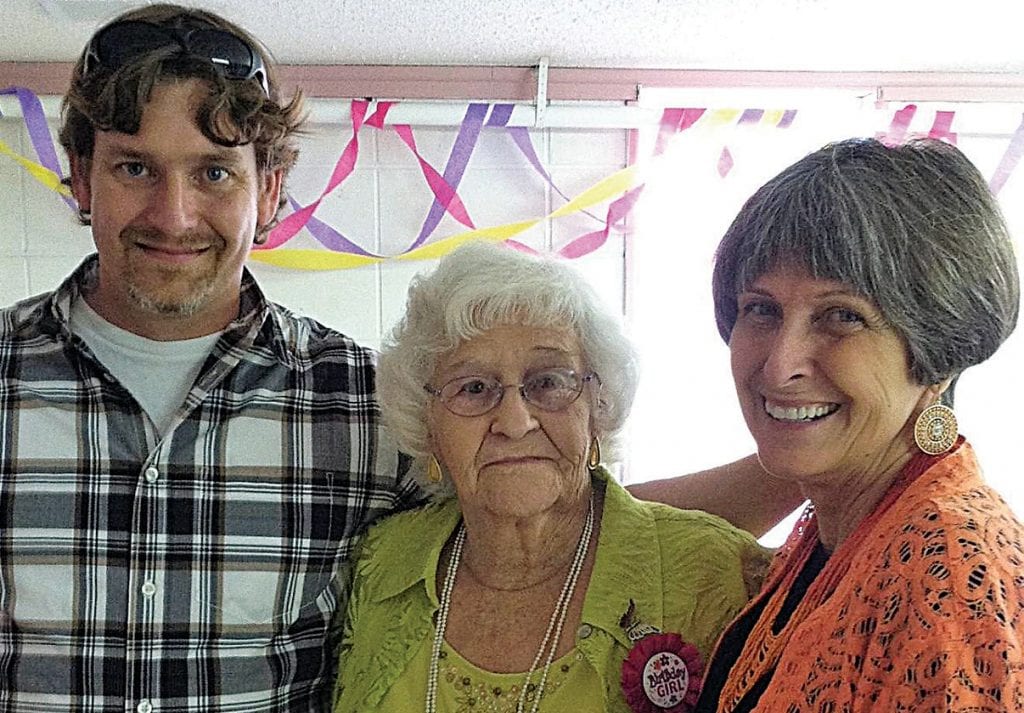 The quarterly meeting of the Blount County Historical Society will be held on Sunday, July 22, from 2 p.m. until 4 p.m., at the Blount County Memorial Museum located at 204 2nd Street North in Oneonta. As always, attendance is free and open to the public.

Guest speaker Frances Darnell Whited will talk about her recently published book, Footprints in the Dust; Stories from the Old Tuscaloosa Road. Whited is a lifelong resident of Blount County and a retired educator from the Oneonta school system. She grew up in the Cleveland community on Old Tuscaloosa Road, part of which still remains, but is now named Tuscaloosa Pike.

Whited’s work is a collection of stories, some she remembers from her childhood as told by her mother and grandmother, as well as others she researched and discovered during the two-year process of writing the book. The wide range of stories includes tales about a Revolutionary War veteran ancestor, stagecoach routes, hot Alabama days, World War II rationing, old dogs, and a possum in a mailbox that ended up as dinner. Eventually though, the stories wind back to an old dusty road in Cleveland. It’s about people, their stories, their relationships, and their experiences.

One of her favorite stories centers around a photograph of two seashells on the fireplace mantle of her grandfather, Albert Johnson. Whited remembers them as a young girl. They were also a part of the childhood of Whited’s mother, the now 95-year-old Martha Grigsby. The shells, which came from the Pacific coast over a hundred years ago, were a gift to Johnson from a cousin. They were prized because, as the children were told, you could “hear the Pacific Ocean” if you put them close to your ear. When the children were allowed to listen, they were mesmerized by the sound. As Whited grew older, she forgot about the shells, but not too long ago her mother gifted them to Whited’s son, Bart Rainey. When she passed them along to her daughter, Grigsby could no longer hear the “ocean” due to hearing loss, so she asked Whited if the shells still held the sound of the waves. Whited assured her mother they did, and in that moment, they connected with a precious childhood memory they each experienced a generation apart.

Whited said the project came about as she was going through boxes of old photographs belonging to her mother. Whited realized there was a story behind each photo and was inspired to memorialize them before they are forgotten.

The importance of maintaining historical records is not lost on Whited. A lot of her research came from the 1999 edition of the Blount County Heritage Book. She said she is extremely happy to speak at the Historical Society meeting and credits the group, as well as the museum, for the important role they play in preserving history. Family history and family connections are important to “knowing who we are.” She also paraphrased the often-repeated adage that, “If we don’t learn from history, we will repeat our mistakes.”

After the book was completed, Whited’s mother told her of another stash of photos stored in an old bread box. As she recalled that discovery, and with a huge smile, Whited said, “I’ve got to write another book.”

Whited’s book is available for sale at the museum for $20. It can also be purchased at www.amazon.com and www.barnesandnoble.com.

Museum curator Amy Rhudy said, the new, expanded edition of the Blount County Bicentennial Heritage Book will be available for purchase by the end of the year at a cost of $75. Pre-orders are now being accepted. The museum is also selling books from a recent estate library donation made possible by Bob and Faye Pruett. The books sell for $2 each and the proceeds will be used to help defray the cost of publishing the Heritage Book.

To place an order or to inquire about becoming a member of the Historical Society, call the museum at 625-6905. Membership dues are $10 a year for an individual and $25 for a family.