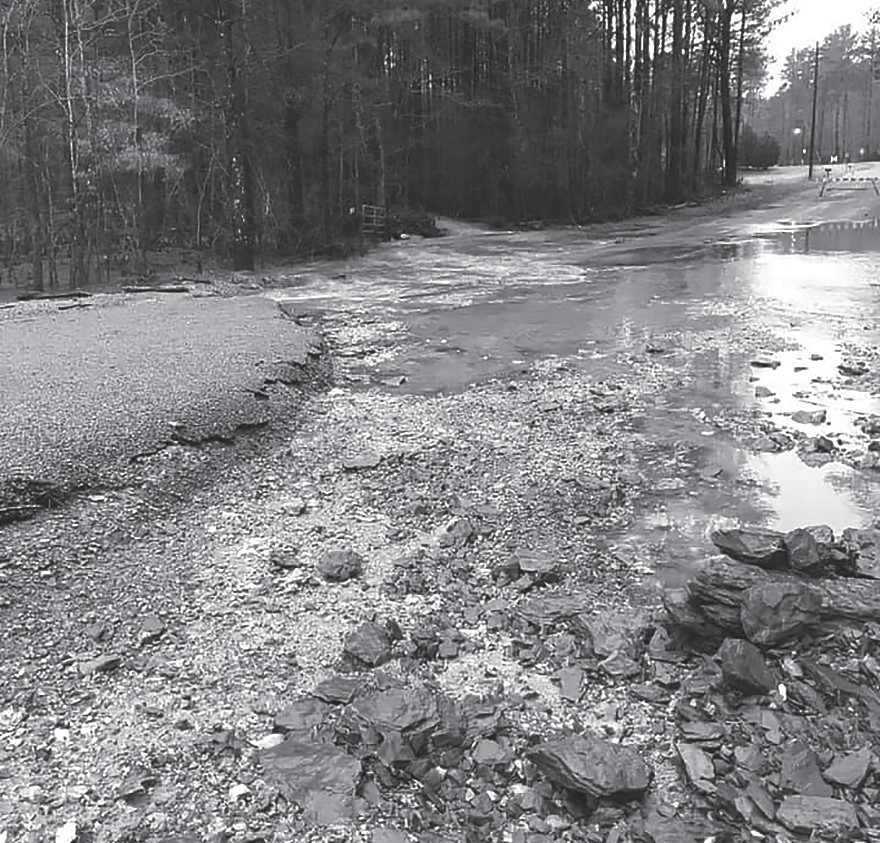 Rain gauges at several locations around Blount County recorded totals in the 4.2- to 5- inch range for the period 7 a.m. Wednesday to 7 a.m. Thursday. Then it continued to rain until early afternoon Thursday. The gauge at Blount County 911 recorded 2.36 inches Wednesday and 2.86 inches Thursday for a total of 5.19 inches of rain for the two days.

Reports from the public of local flooding and trees and limbs down began late Wednesday night and continued into the morning Thursday – for a total of 96 reports during the worst of the rain event.

District 2 Commissioner Mike Painter reported repair work on about 20 road locations with six roads closed, although only one – Cold Branch Cutoff Road – remained closed on Friday. Roads closed for temporary repairs included: Hamilton Mountain near Ala 79, County Road 30, and Beavers Road, although a number of roads were temporarily impassable due to high water during the morning hours Thursday, Painter said. Permanent repairs will be made on a number of those repaired temporarily, as time permits, he said.