Flames light the night between First Avenue and 231

One of Oneonta’s most spectacular fires emblazed the night sky in April, 1955. According to an April 14, Southern Democrat account, Tooney Reeves stepped from ‘Round the Clock Restaurant about 1 a.m. Saturday, April 9, to see flames raging at Faust Milling and Faust Feed and Seed facing U.S. 231, north of the restaurant. He quickly reported the fire.

Retired dentist Don Gordon believes he must have been home from dental school for the Easter weekend. He says he had returned from a date on the dark night, grabbed maybe a glass of milk and a snack and headed to bed. He reports he heard sirens and looked out a window from the family’s big white house on the hill between Fifth and Sixth streets north. He says he could see the blaze and knew it was right at the warehouse his dad, Wiley P. Gordon, owned. 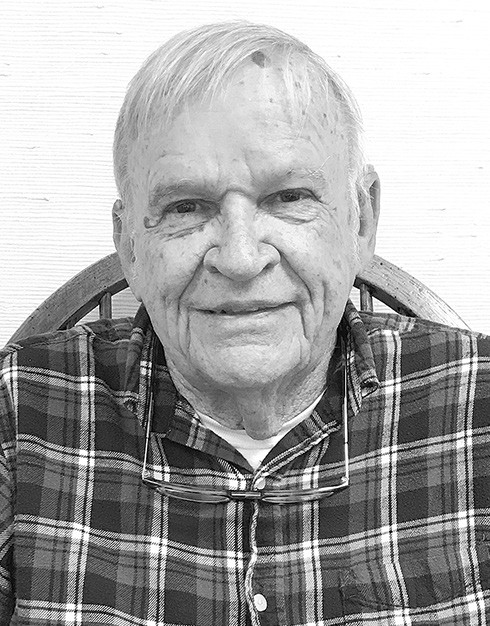 The Oneonta Cotton Warehouse covered one side of the entire 500 block of First Avenue East. Wiley’s grandson Mike contends the First Avenue side of the then warehouse corresponds fairly well to the present Shape N Up Fitness Center located there. As with the fitness center, the building faced High School Street.

Don claims he decided not to awaken his dad, fearing the shock might give him a heart attack. He says he called Myrtes Denny, one of the warehouse employees, told him of the fire, and said all he thought they could do was go watch it burn. 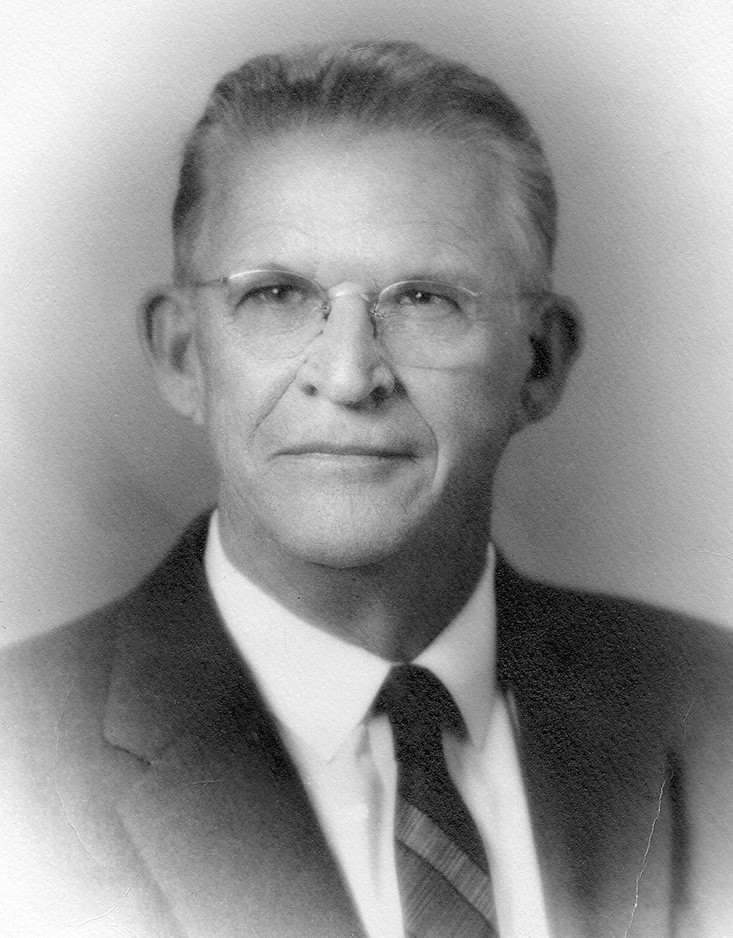 Evidently, Reeves had called the dad. Don’s evaluation of his father’s constitution proved deficient. The elder Gordon rushed to the warehouse, whose outside sprinkler system had already begun spraying water on the sides about 18 to 24 inches away from the burning building. He and Reeves entered the warehouse and began a desperate attempt to save the estimated 5000 bales of cotton stored there.

He says workers regularly stacked bales five high on their sides, which would have raised each stack over eight feet tall. Wiley had grabbed a hammer, hatchet, or such, climbed atop the stacks, and begun knocking off the heads of the inside sprinklers. Drenched from the first, the 63-year-old continued throughout the warehouse which basically formed a very broad “L” to surround two sides of Faust’s.

The Faust business structure, owned by Jimmie Tidmore, suffered a total loss. Gordon lost one bale of cotton. Don holds the insurance adjuster was ecstatic when he saw the limited nature of the warehouse loss. The newspaper reported part of the roof and a bit of the inside “L” suffered some damage.

Don says his dad had tried several times to buy the Tidmore building fearing the realized hazard. He says Tidmore would never sell, as Gordon, a builder by trade, kept adding to his warehouse. Don explains the stored cotton bales belonged to the government, who bought them to help support farm cotton prices.

The multi-talented elder Gordon came to Oneonta sometime in the early 1930s. Born in Gadsden and living first in Aurora in Etowah County, Wiley moved with his parents and siblings on various occasions to Morgan County, then Florida, and back to Alabama.

One of eight children, Gordon worked for a time for the government in agricultural activities, and, according to Don, spent time in Mississippi where he eventually headed governmental cotton activities for the northern part of that state. Feeling led into religious service, he left agriculture and entered the Methodist ministry, before he and the church feuded.

Despite Don’s account, the feud appeared more between one man and some of his protectors than with the “Methodist church.” Don says a Birmingham Southern College official pronounced the virgin birth a fallacy. Equivalent to waving a red flag in front of a bull for Gordon, he launched an eventually successful campaign to remove the man As a result of the man’s statement and his religious defenders, Gordon would leave the ministry.

Gordon shifted to housing construction in the East Lake area. He would build a house, pay himself a little, and take out a second mortgage on it. When the Great Depression struck, those collected mortgages proved worthless. Gordon then moved to Oneonta.

With his cotton knowledge and carpentry skills, he and his son (Robert, Sr) Arlington Gordon got into the cotton business. Between the two, they would eventually own four cotton gins (at Susan Moore, Snead, McLarty, and Nectar) warehouses, have the brokerage, and sell seed as well.

Don says his “dad could do anything” and from his account, reports of others, and the father’s obituary, one concludes that true. Wiley built a hospital, after his son Dr. Eugene W. Gordon completed his medical studies and refused to return to Oneonta unless the town had a hospital. Thus began the Gordon-Patton Hospital located on the corner of Fifth and Fifth. He would also serve on the committee to help secure funding for the establishment of the former Blount Memorial Hospital.

Mike says of his doctor father’s partner, Ira B. Patton, that Patton would grow anxious about the debt owed the senior Gordon for the hospital building. He laughs, noting his dad would sort-of shrug it off with the comforting knowledge, “He’s my dad.”

In 1950, Wiley launched the thus far only serious attempt by a resident of the county to reach the state’s highest office. The March 9, 1950, Southern Democrat announcement of his local kick-off rally emphasized three main campaign points: state old age pensions for all residents 65 or older, twelve months pay for teachers, and state provided bonuses for veterans.

The campaigner had enlisted the help of Blount County High School band director Johnny Long and his school band as well as an obligatory country band, Curly Owens Rhythm Boys. The school band appeared at several campaign functions, sometimes marching in a planned parade or at others playing in a park or similar public space.

He says Long selected one of the hardest and fastest pieces for the performances, Karl King’s “Barnum and Bailey’s Favorites.” Despite the difficulty, the band under the now legendary Long, who would retire after an illustrious career ending at Troy State University, performed well. Tolbert recalls “Aunt Duggie” (Virgie Buffington), who lived with her brotherin law Gordon and sister (Frankie Leo Buffington), preparing hundreds of peanut butter sandwiches for the band’s meals.

Despite optimistic accounts of Gordon’s prospects, he finished 12th in the 15-man Democratic primary field. Although in a Southern Democrat piece thanking supporters, Gordon referred to his being drafted into the race, son Don says he never knew of any draft movement.

Bob reports he later met former local Congressman Tom Bevill and ex-lieutenant-governor Albert Brewer, who became governor on Lurleen Wallace’s death; both served in the legislature during his granddad’s 1958-62 one term there. After Bob had screwed his courage to introduce himself, he found both men praised his grandfather. They labeled him a man ahead of his time.

In a side note, Bob says his granddad reportedly held the patent for the first tubeless tire. He says Firestone offered him “peanuts” for the patent, and Gordon refused to sell. He claims the company awaited the patent expiration and took it for its own.