Flag flown over Afghanistan now on display at museum 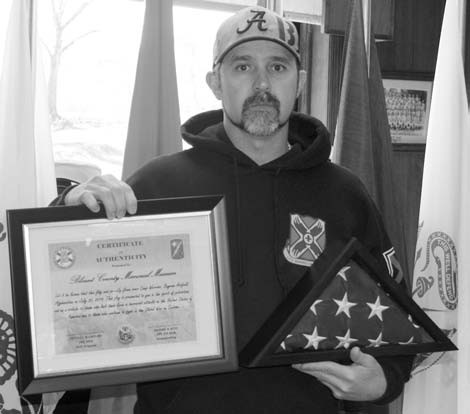 On July 30, 2014, Houston Wadsworth, of Oneonta, flew an American flag over Camp Warrior in Afghanistan, where he was stationed as a corporal in the Army National Guard.

Wadsworth received an official certificate to go along with the flag, and now they are on display at the Blount County Memorial Museum.

Camp Warrior is the biggest airfield in Afghanistan with approximately 30,000 military personnel stationed there, according to Wadsworth. The flag was flown for approximately six days. The museum has never had a flag on display which was flown over a foreign country during a time of war.