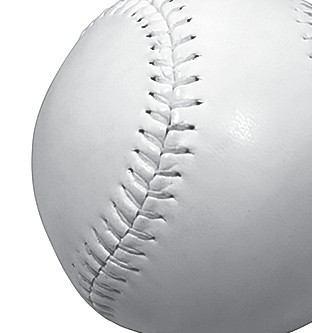 There are five softball teams still competing this season. Appalachian, Cleveland, J.B. Pennington, Locust Fork, and Hayden will all be traveling to Bowers Park in Tuscaloosa this week for Regionals.

APPALACHIAN won their area tournament after shutting out their opponents in all three games.

They first defeated Jacksonville Christian 18-0. Appalachian scored 17 runs in the first inning and added one in the second. Ashley Maddox was the winning pitcher in the onslaught. She allowed one hit over three innings. The Lady Eagles collected seven total hits. Gracey Gulledge led from the plate (2-2, 2 RBIs.)

The Lady Eagles continued their domination and won 15-0 against Coosa Christian. They scored nine runs in the fourth inning alone. They rallied eight hits in the game. Elise Maddox led the Eagles with two hits in two at bats. She was also the winning pitcher, allowing zero runs on three hits, striking out three, and walking zero over four innings.

The win sent them to the championship in a rematch against Coosa Christian. It was another shutout and the Lady Eagles took home the trophy after a 16-0 victory. Appalachian collected nine total hits, with Zoey Payne leading the team at the plate (2-3, 1 RBI.)

The wins improved the Lady Eagles to 21-7 for the season. They will play Phillips Thursday at noon for regionals.

CLEVELAND defeated West End and Southeastern to win the class 2A Area 10 Tournament. They triumphed over the Mustangs 6-0 and West End 8-0. The Lady Panthers played West End for the championship game and scored 11 runs and held the Patriots to one. The win improved Cleveland to 12-15. They will play Sulligent Friday at 3 p.m.

J.B. PENNINGTON continued to overpower their opponents and won the Class 3A Area 12 tournament. The Lady Tigers shutout Hanceville 9-0 and then defeated Glencoe 6-1 and 13-1. Their record stands at 27-5 as they enter regionals.

LOCUST FORK won the Class 3A Area 9 tournament to advance to regionals. The Lady Hornets defeated Fultondale 7-6 and 3-0 to claim their trophy. The wins improved the Lady Hornets to 15-8. They will play Glencoe Thursday at 9 a.m.

HAYDEN held on to their number one rank and won the Class 5A Area 11 tournament. They first defeated Dora 19-1. Miah Simmons was the winning pitcher. She allowed one run on two hits, struck out three, and walked one over three innings. The Lady Wildcats collected 14 total hits. Isabelle Johnson (2-3, 1 RBI) and Becca Benton (2-2, 5 RBIs) had two hits each to lead the team. There were three homeruns in the game. Benton homered in the first and third innings and Lindsey Smith homered to left field in the first.

The Lady Wildcats advanced and played Mortimer Jordan in their next game of the tournament. It was an exciting game and looked as if Mortimer Jordan had the upper hand. They were first to score and had three runs in the second inning. Hayden answered with four runs in the fifth, while the Blue Devils had two. Smith and Olivia Armstrong both homered in the seventh inning and the game was tied at six. Finally, in the ninth, Hayden rallied and scored five runs for an 11-6 victory. The Lady Wildcats had 14 total hits. Hannah Cox led the team with three hits in four at bats. Simmons was the winning pitcher. She surrendered seven hits and three runs, struck out two, and walked zero over six and a third innings. There were two homeruns in the game.

For the championship game, Hayden had another matchup against Mortimer Jordan. The Lady Wildcats controlled the game much earlier and won 12-2. Savannah Painter was the winning pitcher. She allowed two runs on six hits, struck out one, and walked one over six innings. Hayden collected 11 total hits. Smith (3-4, 5 RBIs) and Belding (3-4, 3 RBIs) each had three hits to lead the team. There were five homeruns in the game. Benton homered in the fourth, Smith and Cox in the fifth, Belding and Armstrong in the sixth.

The Lady Wildcats improved to 38-4 on the season. They hope to hold on to their number one title as they face Moody Friday at noon.