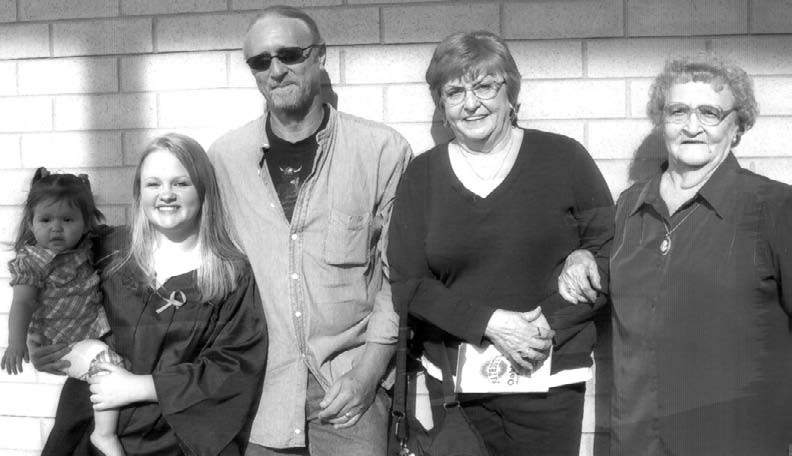 Evelyn Beshears (extreme right) poses proudly in this photograph where five generations of her family are represented. Standing next to her are daughter Linda Brown, who stands by her own son, Jeff Riggins. His daughter, Lindsey Hughes, holds daughter Ariana. Linda Brown and Jeff Riggins live in Tennessee not too far from Springfield, to where Evelyn moved in 2003. She enjoys memories of growing up in Blount County and graduating from what was Blount County High School in Oneonta. Though she is retired, she is still traveling with the Lack Sisters gospel trio and picking her guitar. She is also still active in her church music.