First year on the job 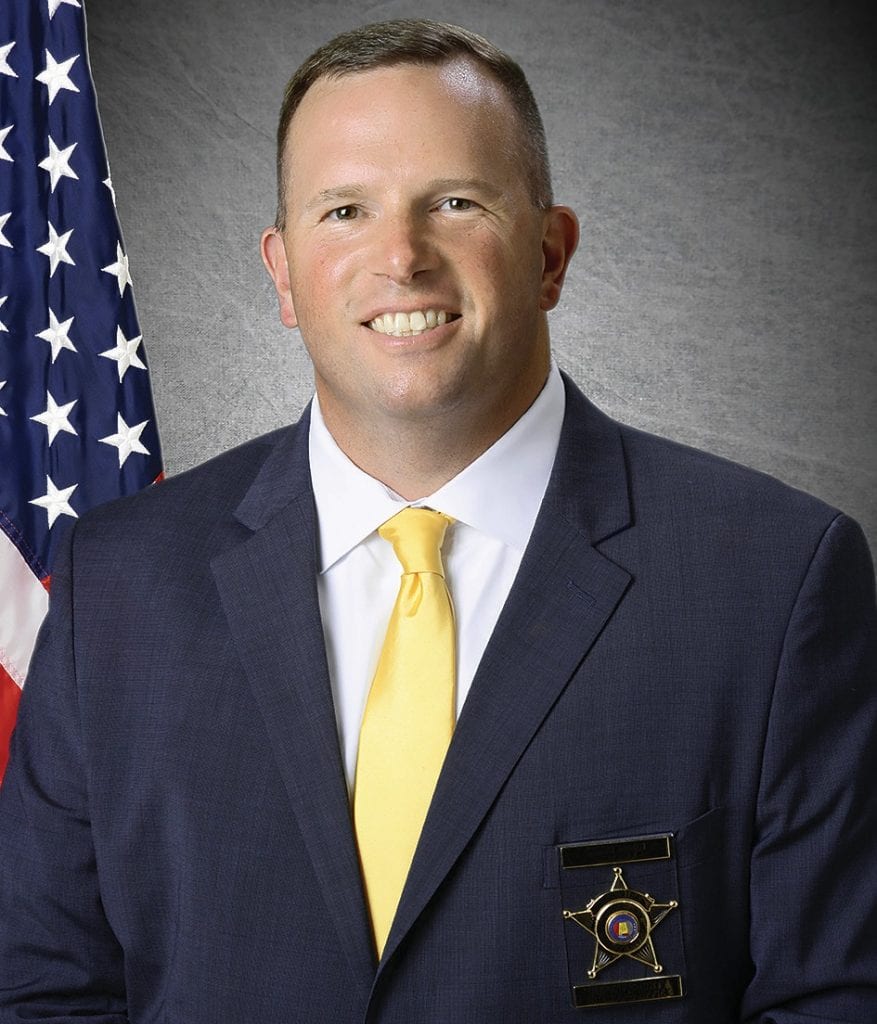 Mark Moon has served as the sheriff of Blount County for just over a year. “Serve” is the right verb because Moon, probably the most accessible sheriff in recent memory, brings to the job a servant’s heart. His adult life has been about service to his family, his community, his country, and God.

Moon first aspired to be a teacher, but, like the plans of many young people, that changed and he found himself interested in law enforcement like his father before him. In 2006, he was hired by the Blount County Sheriff’s Office and held several positions before running for sheriff in 2018.

Moon continues to serve in the Alabama Army National Guard where he is a Sergeant First Class and an instructor in a military police unit. He has been on active duty several times, going on deployments to both Afghanistan and Iraq.

As sheriff, Moon has given raises to deputies, purchased better equipment and more professional uniforms for school resource officers, and will soon put some new vehicles on the road. He is allowing deputies to take initiatives while on patrol instead of simply responding to calls. All this, he believes, has led to a boost in morale within the department and better service to the community.

Training is also important. Moon says this is an outgrowth of his military service where he learned proficiency comes only through training. Moon insists on continuing to find opportunities for training and points to an upcoming class for deputies in how to recognize and better deal with persons who have autism. It is a skill set needed by law enforcement, but which historically has not been provided. Moon also offers active shooter training to schools and churches, and he plans to carry out a mass casualty event training in the summer that will involve multiple agencies.

Citizens can attend a civilian firearms class, and in March, the sheriff’s office is sponsoring two self-defense classes. Contact Lt. Blackwood at 205- 625-4127 for more information.

Moon’s tenure has not gone without some trials. In the last year there have been some high-profile murder cases, two of which happened within just a few days of each other in September. Quick arrests were made in both cases, but Moon called for a prayer vigil for the community as a healing response. At first, he put the word out on the department’s Facebook page, but moved it to his personal page after receiving a letter from the Freedom from Religion organization threatening a civil action for using his public office to promote religion. The vigil was held, as was a subsequent one. Attendance at both was high.

Two of the positions Moon held in the department before becoming sheriff were school resource officer and narcotics investigator, two roles that now inform his actions as sheriff. Working narcotics gave him an appreciation of just how much the abuse of illicit drugs is involved in overall criminal activity.

As a school resource officer, the safety and care of young people was paramount in his thinking. As sheriff, Moon continues to be protective of their physical safety, but also looks for opportunities to help students make good life choices. He has initiated a program to teach students about the value of making positive choices about drugs and alcohol. He does not want to sugarcoat the fact that there are horrible consequences to making poor choices.

Moon is probably like every sheriff in the state in that he would like to hire more personnel. He wants to put more people in narcotics investigations, increase pay even more, and provide more equipment, but, like every sheriff, there is a budget he has to work within. Still, he is not discouraged, relying on his faith to see it through. “God put us here for a reason. God has a purpose. I want to fulfill God’s purpose.”