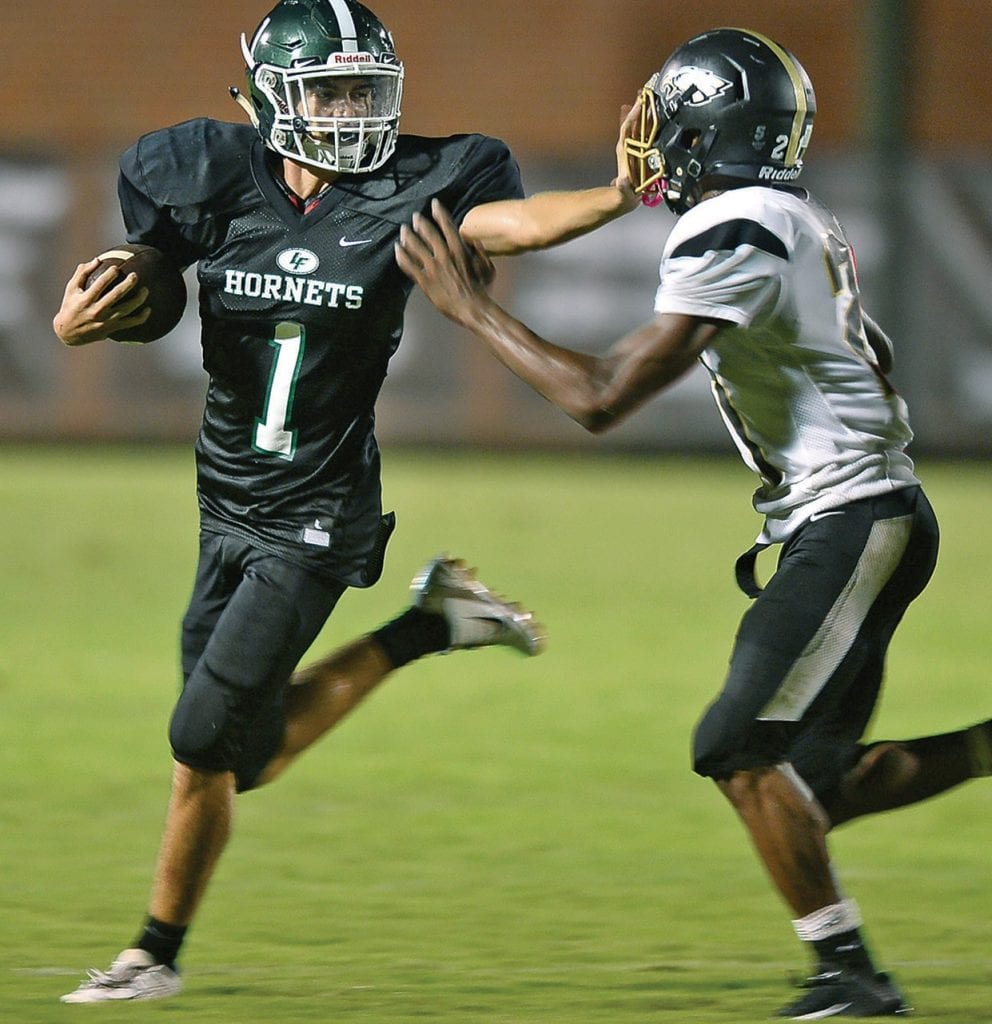 Locust Fork really found its rhythm in the second quarter, scoring 24 points while giving up none. Justin King caught a 34-yard touchdown pass, Hunter Neely scored on a 22- yard run, Musso scored on a 3-yard run and Hernandez boomed a 41-yard field goal. Ben Oden added a 28-yard touchdown in the third quarter, which was the last score of the night.

Hernandez finished 5-6 in extra point attempts and made the only field goal he attempted.