in state? In country? In world? 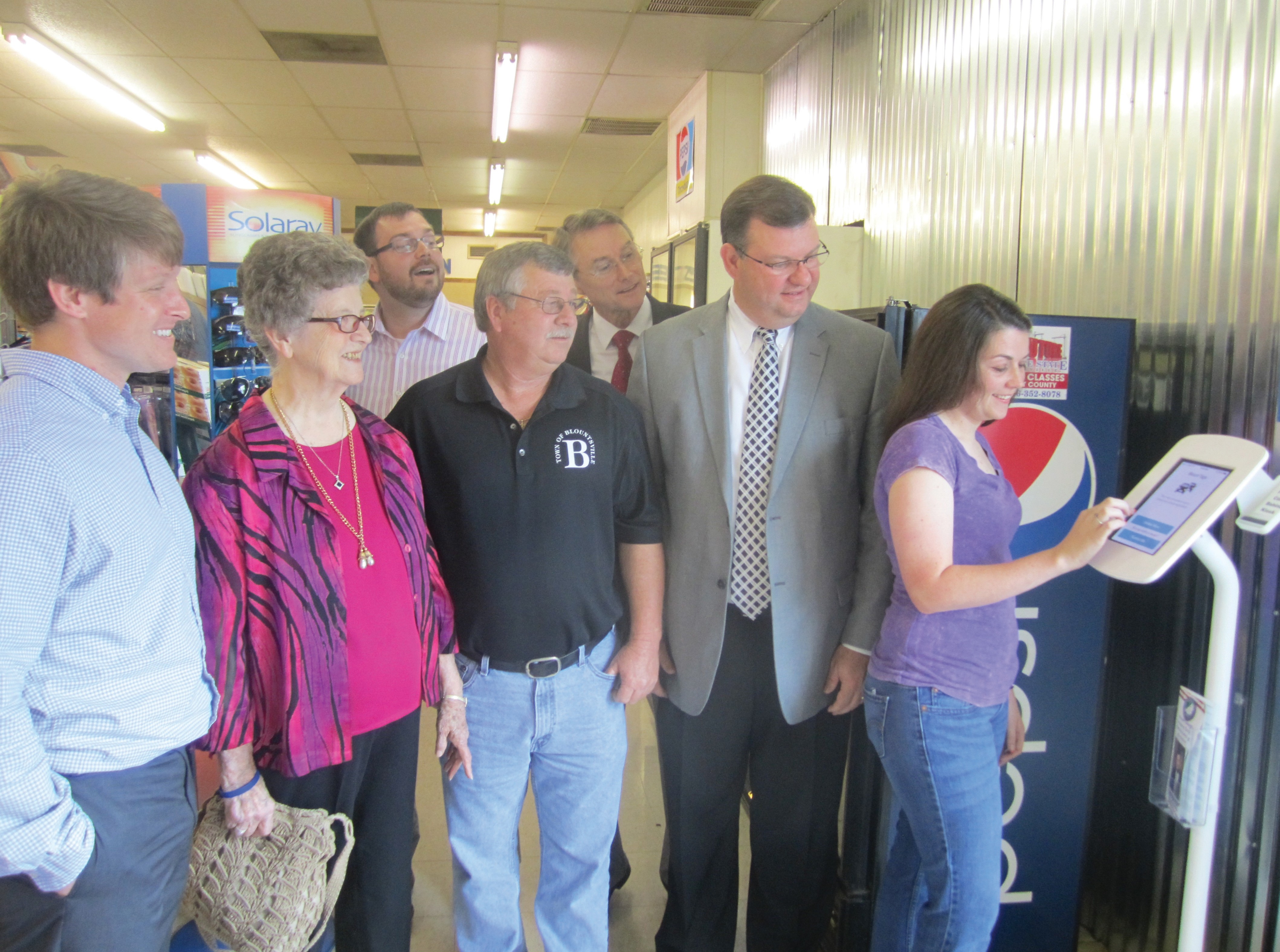 Officials observe while store employee Kaseie McCoy of Liberty renews her car tag on a first-of-its-kind remote computer kiosk installed at the We-Tote-Em Quick Stop in Blountsville. Looking on (from left) are Trent Kocurek of the consulting firm County Apps, council member Dicey Childers, Adam Aldrich (back row) of County Apps, Mayor Mike Glass, Probate Judge Chris Green, and Revenue Commissioner Gregg Armstrong. More kiosks are planned in the near future for locations to be announced in Snead, Hayden, and the Locust Fork/Cleveland/Remlap area, according to Armstrong. He added that more capabilities will be added, perhaps as soon as October, to allow paying of property taxes and other transactions from the kiosks. “With this service, working people won’t have to be inconvenienced to stand in line at the courthouse to pay for their car tags. They can do it at their convenience, including after normal business hours, if they so choose. We’re trying to make it as convenient as possible for people to do business with us – at home, at the courthouse, through the mail, at a kiosk, or through a telephone app. Blount County is the first in the state and the first or second in the country to have this kind of hi-tech capability, and we already have officials from other counties calling and visiting to see how to set it up,” he said. County Apps supplied software and technical expertise to support the new service.