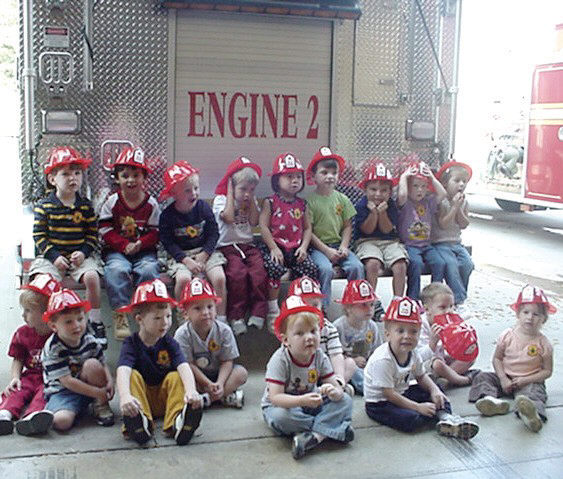 Three-K and four-K classes of Smoke Rise Baptist Child Care pose in front of engine number two at a recent visit to Warrior Fire Department in observance of fire safety month. During the visit, firefighters stressed the importance of smoke detectors and making sure batteries are checked at least twice a year, as well as the importance of having and practicing fire escape routes from student’s home or school. In the event of a fire, time is the biggest enemy and every second counts. In less than 30 seconds, a small flame can get out of control and turn into a major fire, and it takes only a few minutes for a house to fill with smoke and become engulfed with flames. The 2007 overall fire picture according to the U.S. Fire Administration: 3430 civilians lost their lives as a result of fire; 17,675 civilian injuries occurred as a result of fire; 118 firefighters were killed while on duty; fire killed more Americans than all natural disasters combined; and 84 percent of all civilian fire deaths occurred in residences. Smoke Rise Baptist Child Care thanks the fire chief and firefighters who made the children’s visit such a success.