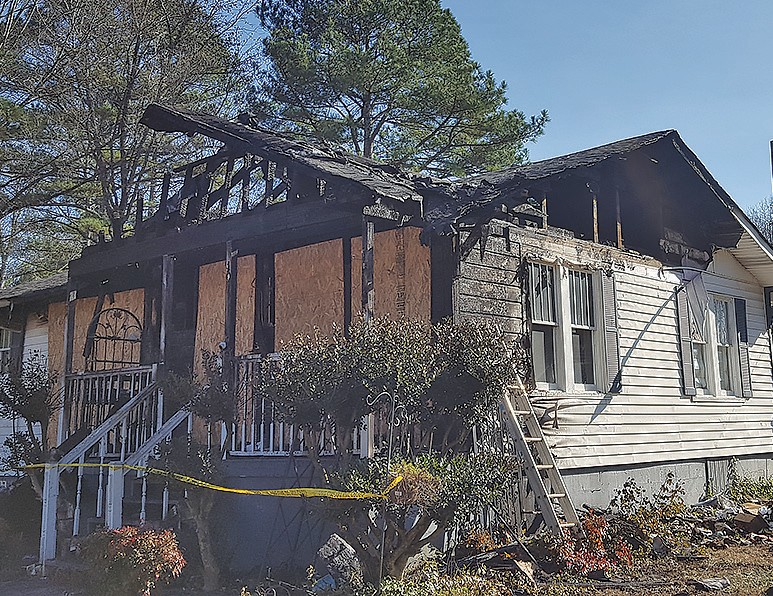 A fire destroyed the Lilac Avenue home of Ranae Manning on Dec. 27. Manning was at work when the fire started; however, the fire is believed to have begun from a warming pad for the family cat.

The home is a total loss. Manning has insurance on the home and hopes to rebuild at some point. At this time, Manning and her son are living in an apartment on Straight Mountain.

While there are so many more to personally express thanks to, Manning did mention Doug and Dale Sharp, Dana Hatzmichaels, Daniel Clem, the American Red Cross, and Ace Hardware as some of those who have been very supportive.

This is not the first time Manning has experienced the devastation of a house fire.

On Christmas day, when she was 9 years old, the family home caught fire from the fireplace. She vividly remembers her father running in and out of the house gathering up the Christmas presents, including the two rescue dogs she had so badly wanted for Christmas that year.

She said, “Before that devastating Christmas day fire, I thought I would die if I didn’t get an adopted dog. Then, as my dad kept going in and out of the burning house, all I wanted was for him and my mother to be safe. I learned a valuable lesson that year.”

By the way, Manning still has one of the rescue dogs she got for Christmas that year. She also said that the cat and turtle in the Lilac Avenue home were rescued unharmed.

Manning reiterated her sincere appreciation to everyone who has offered support over the past few days. She teared up as she said, “My son and I have everything we need at this point.”