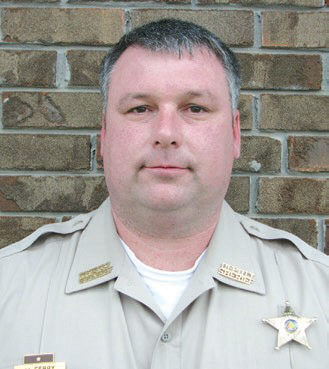 Ferry, who has been with the department for nine years, will take over Sunday.

“I love this county,” said Ferry, “and I guess one of the reasons I went into law enforcement was to serve the people and the community that I love. I just get a sense of pride in helping people, particularly young people.

Ferry is a 1989 graduate of Cleveland High School. After serving in the Air Force for four years, he entered law enforcement and has worked for the Blountsville Police Department and as a corrections officer in addition to his nine years with the sheriff’s department. He has 14 years in law enforcement.

Prior to his most recent work on the department’s sex offender case load, Ferry was head of the Blount County school resource officer (SRO) program.

Ferry is the son of Glenda Bullard of Highland Lake and has a daughter, Anna Lynn, who is 11. He is married to the former Amber Altman and the couple are expecting their first child in April.