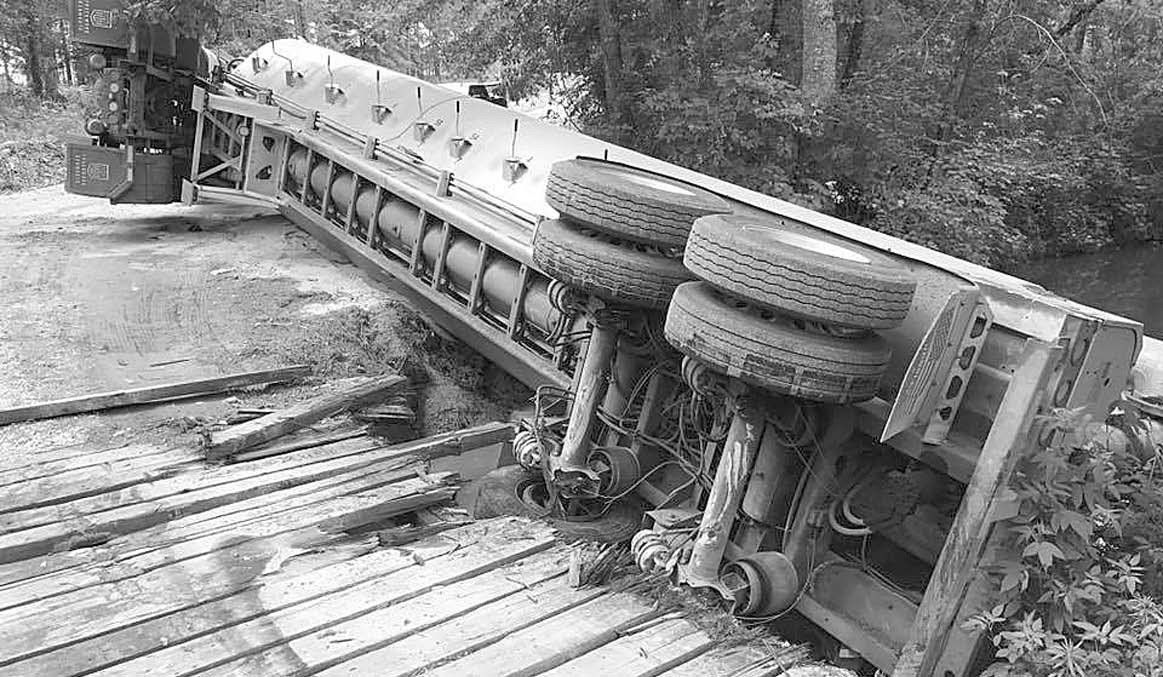 Last Friday, several agencies responded when a feed truck overturned and dumped its contents into a creek north of Snead. The driver attempted to cross the wooden bridge on McClarty Dirt Road that divides Marshall and Blount County.

According to Bruce Teal, administrative assistant at the Marshall County District 3 Commissioner’s Office, the driver for Wayne’s Feed had only been on the job two weeks and was following GPS directions that took him down McClarty Dirt Road, also known as Cut Off Road.

The driver was hauling a load of chicken feed and cut too far to the right causing the left back axle to go off the bridge. The weight of the load shifted, the truck overturned, and dumped the chicken feed into the creek. The driver was not injured.

According to Teal, planks on the bridge are broken; however, the I-beams are still intact. The engineers are currently assessing the damage, and developing a repair plan. Due to the damage, the road will remain closed until the bridge is repaired by January 2018.

Teal said Wayne’s Farms personnel “were amazing” in assisting in the cleanup. They had several employees and equipment on the scene until the feed had been removed from the creek.

Teal quoted District 3 Commissioner David Kelley as saying, “As of today (Friday), you could not tell there was a wreck here, except for the damaged bridge. They (Wayne’s Farms) sucked out all of the feed into sacks.”

Because the wreck occurred on the north side of the bridge, Marshall County will be responsible for oversight of the repairs.