HITLER AND THE SEPARATION OF CHURCH AND STATE 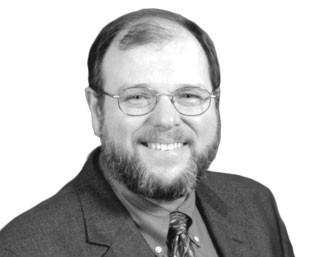 Listen to an argument long enough, especially one filled with passion and politics, and there is a good chance that someone will eventually invoke the name of Adolph Hitler. I’ve heard it done by both liberals and conservatives, Democrats and Republicans, and once at the grocery store when the butcher was heard to say, “This is just like it was under Hitler.” I am not sure what he was referring to exactly, but it proves my point.


The most recent, and perhaps most comically sad example, comes out of the House race in Delaware. Republican candidate Glen Urquhart was addressing a crowd of supporters last April when he made this startling announcement.

Now, to Urquhart’s credit, he later retracted the part about liberals are Nazis. But he continues to insist that Hitler was the inventor, or at least a champion, of the idea of separating church and state. This is where the comical part begins.

Hitler was in fact a great promoter of the union of church and state. One of the main features of his consolidation of power in Germany in the early 1930s was the effort to nationalize the Christian church. And for the most part he was successful. Whether out of loyalty or fear, many if not most of the churches in Germany signed on to Hitler’s vision as expressed through the Nazi Party.

There was so much scandal about this capitulation that a group of pastors, including the famous martyr Dietrich Bonhoeffer, formed an opposition group. Calling themselves the “Confessing Church,” these Christian leaders met in Barmen, Germany, in May of 1934, and with the help of Karl Barth drafted and adopted what has come to be known as the Barmen Declaration.

The document is too long to reproduce here, but it is readily accessible. The important thing about the document is that it is a point by point refutation of the Nazi vision for the Christian church in Germany. As a follow up to the declaration, as if to put some emphatic punctuation to the document, Martin Niemoeller, one of the leaders at Barmen, wrote a book entitled “Christ is My Fuhrer.”

Nazi leaders got the point and Niemoeller spent seven years in the Dachau prison camp.

Now for the sad part of this comically sad event. This is not obscure history. This is not information available only to professional historians. In fact, these events are something every member of every Christian church in America should know about.

However, when Urquhart made his outlandish statement, half the crowd applauded.

Now maybe they were just glad to hear that liberals are Nazis, even if the history used to get to that conclusion is completely bogus. Either way it is sad that a potential Representative to the United States Congress would be so historically wrong and that so many listening to him would cheer him on.

Thomas Jefferson, James Madison, probably all of the Danbury Baptists, not to mention Dietrich Bonhoeffer, must be spinning in their graves.

Correction: In last week’s column I incorrectly identified Anne Hutchinson as Mary. Thanks to several thoughtful readers who caught it.