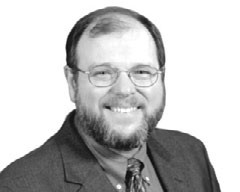 Sometimes it is so interesting living in America. Here’s an example: Both during and after the presidential campaign, there has been a steady drumbeat of accusation that President Obama is a closet Muslim. Because his father was a Muslim, and because he lived for a while in a Muslim country, and because he attended a school for a period of time that was predominantly Muslim, clearly he must be one.


These accusations persist even though the President has stated repeatedly, and eloquently, his faith in Christ. He wrote about his faith in two books long before he began running for the presidency. He was also a faithful member of a Christian church for over 20 years. And even though issues eventually arose about some of his pastor’s sermons, you can’t judge the character of a congregation by its pastor, thank God.

At any rate, in any sane world all that would be more than enough proof of an authentic faith. But in the wacky world of religio-politics, it doesn’t work that way. Apparently, if you breathe the same air as Muslims for any length of time, you become one. Especially if claiming so helps advance a political agenda.

Ironically, even if the President was a Muslim he would not be disqualified from being president, at least as far as the constitution is concerned.

Meanwhile, trouble is brewing at Liberty University seminary, former bully pulpit of the late Jerry Falwell. According to a story in Christianity
Today,
the current president of the seminary, Ergun Caner, is also having trouble with a Muslim past. Although in his instance, it’s not that he denies his Muslim roots, but rather he may have exaggerated them.

Caner has represented himself for years, and especially since the September 11 attacks, as an expert on radical Islam. He claimed to be from a prominent and devout family in Turkey. He further claimed to have participated in jihad. He also claims to have debated dozens of Muslims, and also people of other faiths, about the Islamic faith.

Recently a Muslim blogger has begun calling these assertions into question. Mohammad Khan, a London-based computing student, has been posting lectures by Caner on YouTube. His analysis has found that the seminary president’s knowledge of the Qur’an does not reflect the level of devotion that Caner claims was once his past. It has also come to light that Caner was not raised in Turkey, but rather in Ohio.

James White, who teaches on Islam at Golden Gate Baptist Theological Seminary, is quoted in CT as saying, “The president of a large theological seminary has created a myth concerning his background that is incredibly self-contradictory.”

But why create a myth of a former radical Islamic past? Because in the strange calculus of evangelical logic, if a former devout Muslim becomes an equally devout Christian and a passionate critic of Islam, that proves that Christianity is the superior faith.

But why doesn’t it work that way for President Obama? The quick answer is obvious. It works better for the President’s political opponents to deny his claims that he is a Christian.

And unfortunately, the evangelical math also works against the president as well. Since he was raised in proximity of Islam, he probably is a Muslim. His willingness to embrace and engage moderate Muslims is proof that his Christianity is deficient and that he is hiding his true religious beliefs for political purposes.

I probably should have started this column with, “Once upon a time in America.”