THE LOST SYMBOL NOT THE ONLY THING LOST 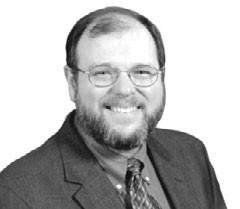 I just finished Dan Brown’s latest thriller, The Lost Symbol.
Don’t worry. I’m not going to give anything away. I will say that the book is a real page turner in the same spirit as his previous two novels – The DaVinci Code
and Angels and Demons.

The Los Angeles Times
reviewed the book the week it was released and predicted that there would not be the sort of controversy surrounding The Lost
Symbol
that was stirred by The DaVinci
Code.
In that book, Brown earned the ire of the Roman Catholic Church by characterizing Opus Dei, a movement of mainly Catholic laypeople, as a secret society bent on oppressing the role of women in the church.

I think the folks at the LA Times
may be wrong when it comes to the possibility of controversy associated with The
Lost Symbol.
I believe when Christian conservatives finally get around to reading the book, they will discover there is more than just a symbol that is lost. Brown seems determined to annihilate the myth that America was founded as a Christian nation.

Instead of our nation being founded by evangelicals or Puritans, Brown makes the case that the real architects of America were freemasons. And while this group is presented in the novel as definitely religious, they are definitely not Christian in any traditional sense.

Brown portrays the founders as ecumenical in spirit, embracing all faiths as valid pathways to God. He also characterizes them as patently skeptical to the point of placing significant limits on the influence religion might have in the body politic. The combined effect of this ecumenism and skepticism finds expression in the First Amendment: Congress shall make no law respecting an establishment of religion, or prohibiting the free exercise thereof.

As was true in Brown’s previous novels, there is just enough historical accuracy in The Lost Symbol
for the author to claim that everything mentioned in the book is true. Readers who keep Google at their fingertips as they read along will find many of Brown’s assertions are in fact true. But like The
DaVinci Code,
the devil is in the details. Brown’s talent as a storyteller is teasing fiction out of the facts, and overlaying it all with a clever plot, interesting characters, and unbelievable tension.

Brown may actually provide a useful service in writing The Lost Symbol.
Most Americans are woefully ignorant about the history of our founding. They want to go directly from Plymouth Rock to Independence Hall – the Bible in one hand and the Declaration of Independence in the other. As Brown artfully reflects, this is not what happened.

His unearthing of the role of freemasonry in America’s founding is both instructive and refreshing. Early America was not monolithically Christian but was, as the title of Jon Butler’s 1990 award winning study notes, “Awash in a sea of faith.”

It would be great if Brown’s recasting of American history inspired readers to go and study the actual history of our country. Get to know the founders as they really were, not the way they are caricatured by the religious right.

But sadly, what is more likely to happen in response to Brown’s story is a simultaneous and massive jerking of knees accompanied by the burning of books. Not exactly what Jesus had in mind when he said “You are the light of
the world.”