GOD'S STOCK MARKET: UP AND DOWN 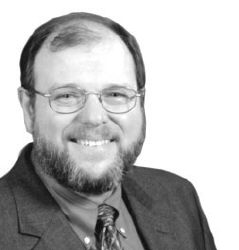 You would think during a distressful economic crisis such as the one we are facing now, people would be flocking to places of worship seeking divine guidance and intervention. Amazingly, that is not the case. According to a recent Newsweek poll, church attendance and religious affiliation are actually declining.

In fact, the poll reveals that the number of people claiming to be Christian has declined by 10 points since 1990, from 86 to 76 percent. Additionally, those who identify themselves as atheists or agnostics increased nearly four times, from 1 million to about 3.6 million.

Most startling is the number of people who believe that religion can answer all or most of today’s problems. That number has not been below 58 percent in 20 years; today it is 48 percent.

There are multiple causes for this shift in America’s religious makeup. Part of it is the continuing decline of the old mainline churches such as the Episcopal and Presbyterian traditions. Part of the shift is also attributable to over-politicization that took place among conservative evangelicals since the 1980s. The close identification with the Republican Party was a huge turn-off for many young believers.

The declining numbers also reflect a growing trend away from denominationalism and other forms of institutional expressions of faith. Young people report having more interest in spirituality than they do religion. This may be a bad omen for institutions that depend on subsequent generations of believers to keep the machinery oiled.

The Newsweek article raises the possibility that we are entering a post- Christian era – a time when the church and its values are no longer influential in the formation of community ethics and public policy. That remains to be seen. What is true is that faith in our culture is changing and will continue to change both in response to external issues such as the economy and politics, and internally as numbers of devotees continue to decline.

Meanwhile, two editors from The Economist magazine, John Micklethwait and Adrian Wooldridge, are insisting that God is about to stage a comeback. Why would two economists be thinking about God or even care where God has been? It’s not hard to figure out once we realize that, according to the authors, God is good for business.

The title of the book really gets at the main point. “God is Back: How the Global Rise of Faith is Changing the World.”

Of course what the authors mean by faith is mostly the Christian faith, and of that mostly Protestantism and Pentecostalism. The two writers believe that Americanstyled mixing of faith and culture is good for business. Faith, they note “provides people with the right psychological disposition to thrive in a capitalist economy.” Some of these dispositions include work ethic, regular habits, and money to spend.

Of course, this is not a new idea. The great German sociologist Max Weber made essentially the same observation over 100 years ago in his classic work, “The Protestant Ethic and the Spirit of Capitalism.”

God is Back is the kind of title beleaguered evangelicals are likely to grab hold of hoping to finally hear some good news about God in the world. But don’t be too quick to jump on the God is Back bandwagon. Micklethwait and Wooldridge are not so much celebrating a revival in religion as they are in discovering how the fleecing of God’s flock may proceed.