BAPTISTS IN SEARCH OF UNITY 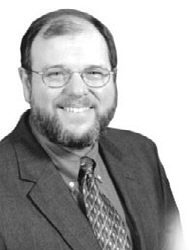 Unhappy with Southern Baptists, both men have been active in the more moderate Cooperative Baptist Fellowship. They have given time and energy to the mission and educational efforts of the CBF.

But Carter wanted more. Using the Baptist World Alliance as his model, Carter began to dream about the possibility of bringing diverse Baptist groups in the United States together around common themes and purposes.

This is no small undertaking. There is much that divides Baptists from each other. Fundamentalist Baptists are at odds with moderate Baptists over interpretations of the Bible, the role of women, the autonomy of the local church, and the authority of the pastor. American Baptists and Southern Baptists are at odds over homosexuality and the war in Iraq and Afghanistan.

And there is long-standing divisions between white Baptists and African American Baptists. It is still true that the worship hour in America is the most segregated hour of the week.

Carter and Allen and a few others began talking about ways to overcome these divisions and unite Baptists around common goals. Not to form a new denomination, but to inspire a new movement by renewing an old way of doing faith.

Last year a call went out for Baptists groups from around the world to gather in Atlanta for three days of worship, singing, and praying. There was no agenda, no underlying pretext. Leaders simply wanted to bring people together in order to be together.

Over 15,000 responded to that invitation. The worship and fellowship was so spirited, so meaningful, that before the meeting was over people were already talking about ways to keep the covenant moving.

This year New Baptist Covenant groups are holding regional meetings around the country. Birmingham was the first.

Using Luke 4 as their guide, participants in the New Baptist Covenant are talking about ways to fulfill Jesus’ mandate to preach good news to the poor, release for the captives, recovery of sight for the blind, let the oppressed go free, and proclaim the year of the Lord’s favor.

The meeting place was full of symbolic significance. The New Baptist Covenant gathered in the sanctuary of 16th Street Baptist Church. In 1963, four young girls were killed by a bomb placed outside the church by opponents of the civil rights movement.

The meeting also offered several small group discussions that were held in the Civil Rights Institute across the street from the church. All along the walls inside those rooms the struggle for freedom and equality was chronicled in photos, art, and dramatic narrative.

Release for captives and letting the oppressed go free was very much on display.

In his keynote address Carter acknowledged the many issues that divide people of faith everywhere. He expressed hope that Jesus’ mandate to care for the poor will be a calling of sufficient magnitude that we will set aside our differences in order to embrace it.

It is an ambitious and even audacious idea. But it is a hopeful one. For too long we have skirted the edges of disaster existing as “us and them.” It’s time, not just for Baptists, but for everyone, to find a way just to be us.