THE IMPULSE TO SILENCE DISSENT 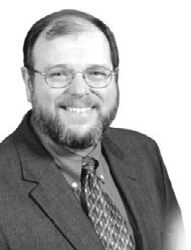 The arrest of Illinois Gov. Rod Blagojevich on corruption charges drives home the point that political malfeasance is not the sole possession of any one political party. There are those all along the political spectrum who are willing to sell out principle for power and money. Although given the depth and cynicism of Blagojevich’s behavior, if convicted, he may actually give corruption a bad name.

And while all of the accusations are troubling – trying to sell a Senate seat, bribery, extortion, and so on – there is one charge that is particularly troubling as it illustrates a growing tendency in our political system. Blagojevich sought to use his office and place of power to silence dissent.

Blagojevich, as governor, was in a position to help sell Wrigley Field, home of the Chicago Cubs. Wrigley is owned by the Chicago Tribune. Several editors at The Tribune had been critical of Blagojevich on any number of issues. So what did the good governor do? He threatened to block the sale of Wrigley Field if The Tribune did not fire those editors.

The impulse to silence dissent is one of the paradoxes of power. How can it be that there are people who achieve high office, wield great power, and yet seem to be scared to death of criticism? Is there an inherent insecurity in people of power that causes them to tremble in fear and rage when someone disagrees with them?

The Kennedys during the Civil Rights movement, Nixon during the anti-war movement, Reagan in the wars in Central and South America, right down to the Clinton and Bush administrations (both of them) have sought ways, sometimes dramatically and sometimes quietly, to silence dissent.

Take a minute and Google “free speech zones” to see the most recent manifestation of this phenomenon.

Silencing dissent is just about the most un-American, and un-Christian thing imaginable. Our Constitution was written by a host of rowdy and intelligent dissenters. And nearly every hero of our faith started off as a dissenter.

Get your Bible and read about the prophet Jeremiah going to prison for not saying what the king wanted said.

Or think about Isaiah parading naked down the streets of Jerusalem protesting questionable alliances.

Who can forget John the Baptist paying the ultimate price for dissent against the behaviors of Herod Antipas? Or Jesus kicking over the tables of commerce, dissenting against first century temple practices – an act that played no small part in his own execution.

People of faith have a Godgiven responsibility to speak the truth to power. This is true no matter how ruthless the government may be – just ask Desmond Tutu. But it is especially true with our form of government. Under our system, elected officials govern by consent of the governed.

That’s why Blagojevich’s effort to silence the Tribune is so offensive. No persons of power should ever think that they are beyond the reach of public review. And when we find them thinking they are somehow exempt from criticism, that’s the time for dissenters to step up and let those leaders know they’ve got a second thought coming.