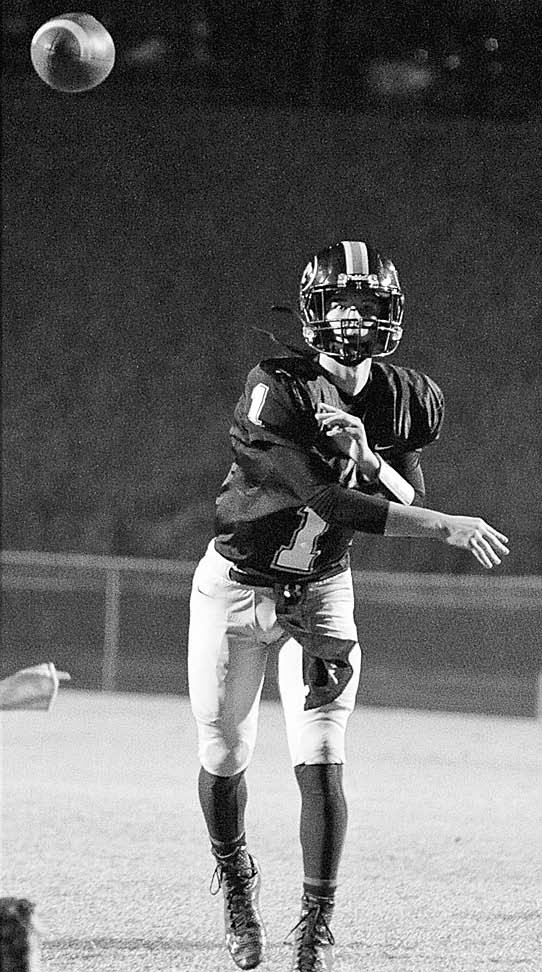 The 2016 high school football season came to an end for the Hayden Wildcats Friday night at the hands of the Fairfield Tigers in a 14-7 playoff loss.

The season was great for the Wildcats, winning eight and losing only three (all three teams are still alive in the playoffs). Senior running back Leonard Johnson set a school record for rushing yards in a single game with 272 against Springville. He also set a single season rushing record with 1636 yards on 174 carries and 17 touchdowns. The Wildcats have won 10 regular season games in a row at home and the senior class of 2017 has been a part of 17 wins in 3 seasons.

Hayden opened the game with a short drive but punted to the Fairfield 7. On the second play, Colton Shirley recovered a Fairfield fumble at the 15. The Wildcats cashed in the turnover quickly as junior quarterback Sheridan Miller hit Johnson for 15 yards and the score. Senior Patrick Ward, the Brett Chappell ALFA Insurance Student Athlete of the Week, hit the point-after to give Hayden a 7-0 lead with 9:01 remaining in the first quarter.

Fairfield got their only score of the first half on a 3-yard run by Valandi Spencer. Demetrius Buford ran the two-point conversion in to give the Tigers an 8-7 lead with 8:50 in the half. Hayden senior defensive back Houston Howard intercepted a Tiger pass but the Wildcats missed on a 33-yard field as the first half ended and the Tigers maintained an 8-7 lead.

In a game that featured almost as many punts (17) as did first downs (18), neither offense did much in the second half. The Tigers added a score late when Spencer capped off a short drive and scored on a 6-yard run. The try for two failed and Hayden trailed 14-7 with 2:13 remaining in the game.

The Wildcats were unable to score and the Tigers had the win 14-7.

The loss drops Hayden to 8-3, only the sixth time in school history that the Wildcats had an eight-win season.