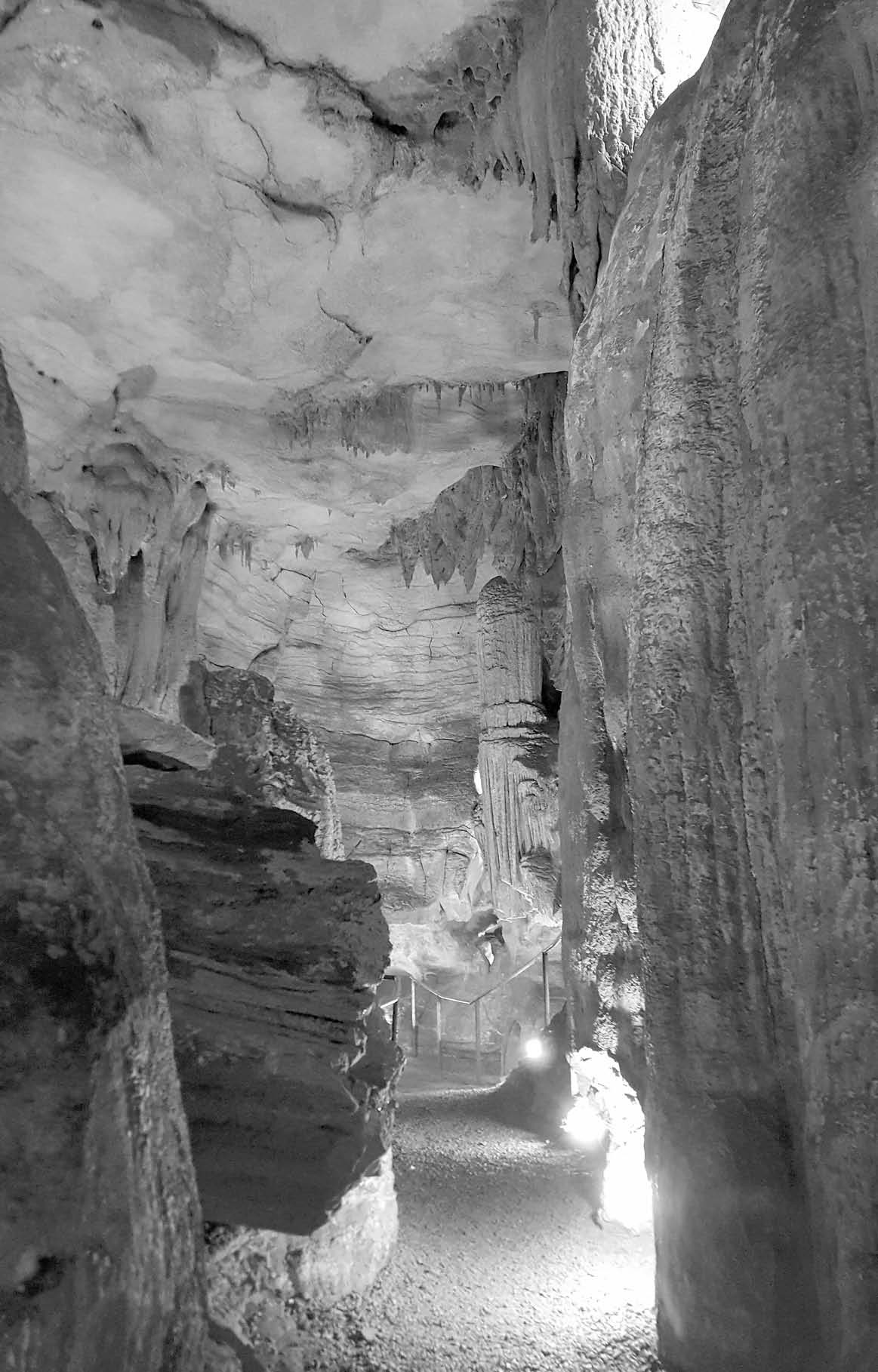 Nestled away in the Southwest corner of Blount County you will find Rickwood Caverns, a beautiful county landmark.

As part of the Alabama State Park system, swimming, camping, hiking trails, exploring caves, playground adventures, and picnics are just part of the fun that can be experienced while visiting Rickwood Caverns.

Rickwood Caverns was the first operational caving park in the Alabama State Park system. It offers visitors the opportunity to explore the underground “miracle mile” that is composed of calcite formations among the limestone rock.

The caverns, which were water-carved over 300 million years ago, continue to be known as “living formations” since they are actively forming daily.

When exploring the caves, one can witness water droplets trickle from above or flow across dripstone formations as they continuously create the calcite formations seen throughout the beautiful lighted passages of the cave.

Once an ocean bed, bits of shells and marine life fossils can be seen on the sparkling ceiling and walls of the water-carved caves.

Exploring the caves is quite an adventure. The mile-long guided tour takes you 175 feet beneath the earth and “allows you to witness the secrets of the earth as they unfold before your very eyes.”

Another main attraction in the park is an Olympic-size pool that is fed with the cool waters from the cave. For the thrill seekers, a high dive is accessible in the deep end. A kiddie pool is also available for the younger children. The pool hours are 10:45 a.m. to 5:45 p.m. everyday and lifeguards are on duty. Season passes and private parties are available.

Since he began overseeing the park a little over a year ago, superintendent Lamar Pendergrass has been instrumental in implementing several changes and upgrades at the park. Pendergrass said, “We are moving forward. We are on track to make a profit this year.”

Last year, with the help of volunteer groups and generous donations, the playground area had several improvements and upgrades made. More changes and renovations are expected within the park in the near future.

Pendergrass intends to create additional improvements that make the park even more eye-pleasing and inviting. “The system has been investing money in the park. It is a work in progress and the state is committed to the park system,” said Pendergrass.

One of the immediate goals of Pendergrass is to make the community more aware of Rickwood Caverns. Additional publicity about the park is part of the ongoing plans.

At this time, the biggest draw to the park is swimming and camping, however, Rickwood Caverns has so much more to offer.

Rickwood Caverns is located at 370 Rickwood Park Road in Warrior. For more information call 647-9692 or visit their website at www.alapark.com/rickwoodcaverns.