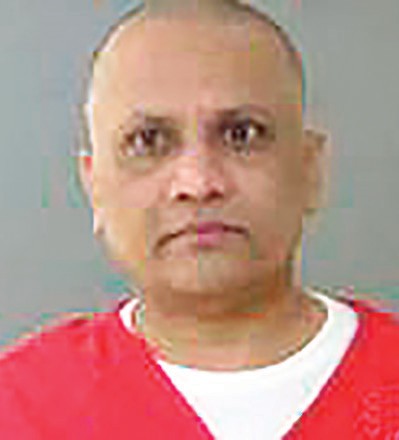 A trial before a Blount County jury last week resulted in the conviction of a 47-year-old man for engaging in at least one sexual act with a 4-year-old girl about three years ago.

Rama Raj Erramraju, who is also known by some locally as Sonny, was found guilty of facilitating travel for an unlawful sex act, human trafficking in the first degree, and sexual abuse of a child less than 12 years old. The first two charges are class A felonies punishable by up to 99 years in prison for each. The third charge is a class B felony for which Erramraju could receive up to 20 years in prison.

Testimony in the trial, including that of the victim who is now 7 years old, convinced the jury that Erramraju paid Amy Floyd Morgan, 37, to bring the victim from Pell City to his room at the Covered Bridge Inn in Oneonta where the victim was made to perform a sex act on Erramraju.

Circuit Judge Steven King ordered Erramraju to continue to be held in jail until his sentencing on Nov. 4. Morgan is also in custody and awaiting trial.

District Attorney Pamela Casey said, “I appreciate the efforts of the case workers and investigators who made this case and the staff at the Children’s Center for the counseling services provided to these children. These workers go far and beyond the call of duty to investigate incidents of physical and sexual abuse and ensure the safety of these children. My office is committed to obtaining justice for the victims of physical and sexual abuse, as well as the perpetrators of these horrific crimes.”