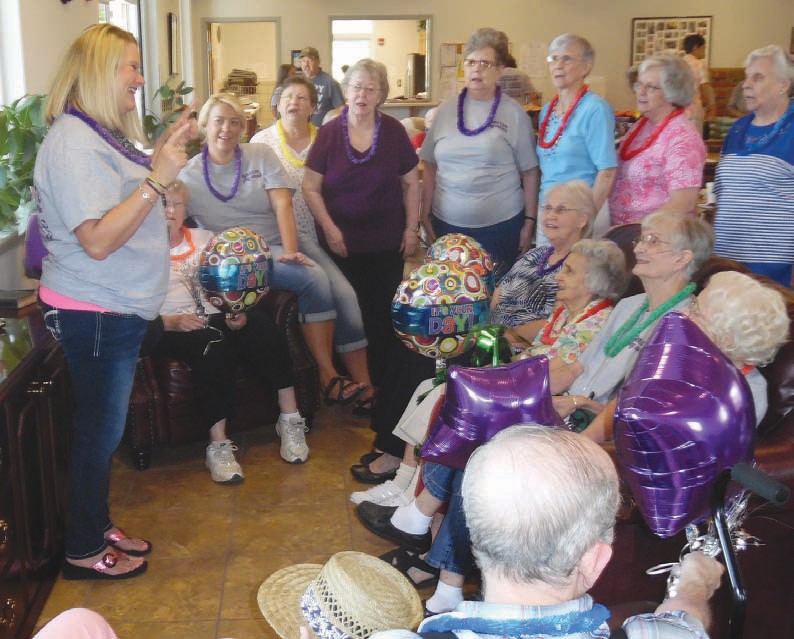 June 15 was Elder Abuse Awareness Day, and June is Elder Abuse Awareness Month. It’s a time to raise consciousness of the fact that elder abuse, neglect, and exploitation is a serious and growing national problem. It knows no boundaries, affecting all cultural, social, economic, and demographic groups. The Adult Protective Services program, managed by the Blount County Department of Human Resources (DHR), is committed to working within the community and through county senior centers to protect and provide for the needs of elderly citizens. The main mechanism for doing that is by investigating reports of abuse through an annual contract with the county. Last year, cases from around the county were investigated and addressed. A mechanism for calling attention to the problem is the annual appreciation day DHR stages for local seniors. Last Thursday was the annual awareness raising event when about a dozen DHR workers threw a party – this year involving a round of bingo, a ‘Go Fish’ tournament, a bean bag competition, a live band, and homemade refreshments – all for seniors at the Oneonta Senior Center. It also included the singing episode (right) in which seniors serenaded themselves with a verse of ‘Jesus Loves Me’ led by DHR administrative assistant Denise Tolbert. But, according to the expressions of the seniors themselves, the highlight was the homemade cake.

Lock down at St. Vincent’s BlountCity MarketCongratulations to all 2021 Blount-Oneonta Chamber of Commerce annual award winners.