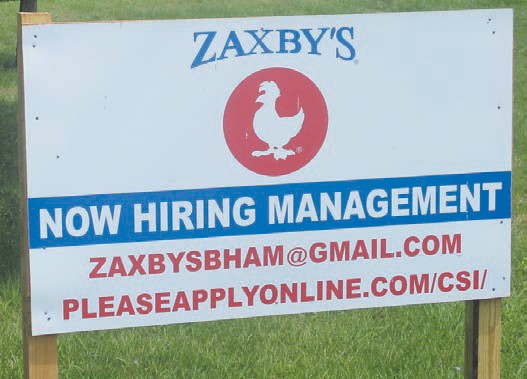 A couple of weeks ago a highly placed official predicted Zaxby’s is going to be moving dirt on Ala 75 by the end of the month and that there would be be a sign up there on site ‘any day now.’ Score the sign prophecy as points on the board. As for moving dirt – it’s eight days left and counting on that one. The restaurant’s initial objective was to be serving up chicken by the latter part of the summer. Can they still make it? With allowances made for hyperbole, the new store in Springville seemed to go up almost overnight.