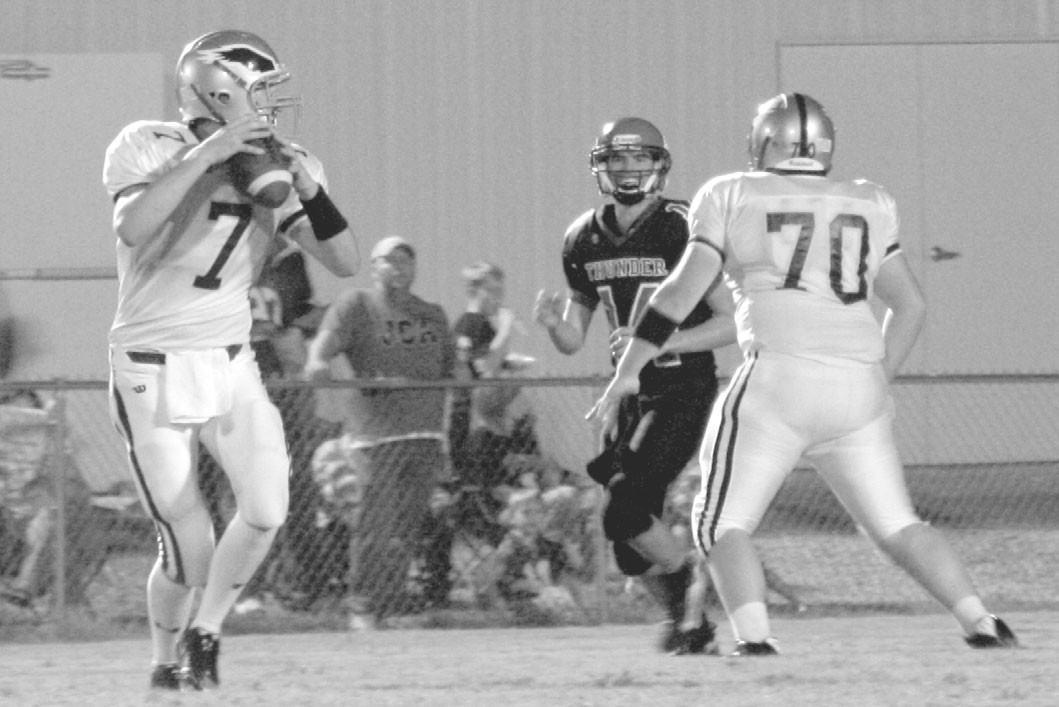 The Appalachian Eagles rolled up almost 400 yards of offense while limiting Jacksonville Christian to just 112 in a 42-13 thrashing of the home-standing Thunder last Friday night.


The Eagle ground game was especially potent. Appalachian rushed for 324 yards and four touchdowns on 43 attempts.

Dylan Schumann got the Eagles on the board twice in the first quarter with a 22- yard run and an 18-yard pass reception from Jeremy Hill.

In the second quarter, Hill hit Cameron Cox on a 32-yard touchdown pass and Schumann scored on a 37-yard run to give the Eagles a comfortable 26-0 halftime lead.

In the third quarter, Zach Blythe scored on a 54-yard run to build the lead to 33-0.

Jacksonville Christian snapped the ball out of the end zone on a fourthquarter punt and Appalachian’s Bud Strickland closed out the scoring with a 4-yard run.

Schumann led the Eagles with 111 yards and two touchdowns on just five carries. He also had one reception for 18 yards and a touchdown.

Blythe had 73 yards and a touchdown on just three carries.

Hill completed 4 of 6 through the air for 64 yards and a pair of touchdowns. Cox had one reception for 32 yards and a score.