Eagles get big win over Mustangs 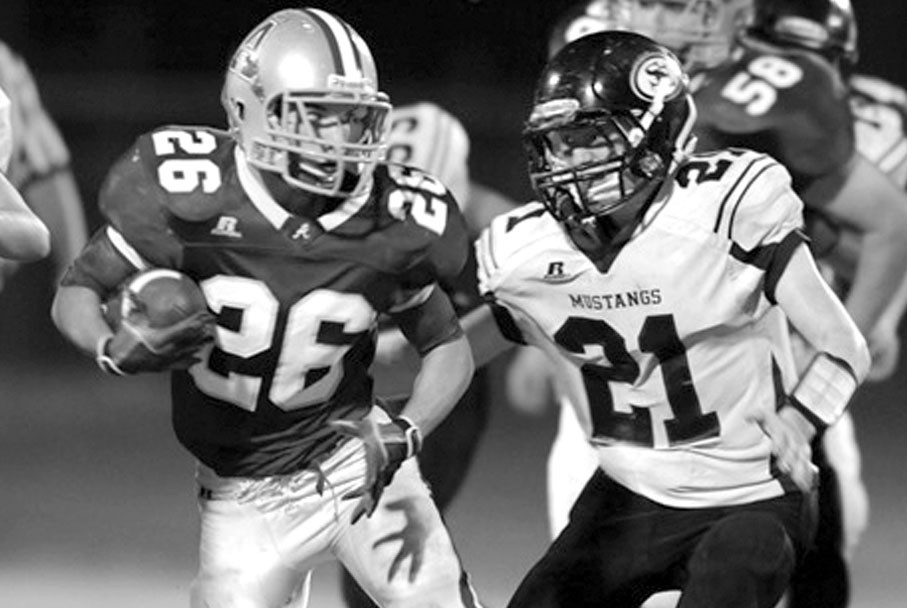 – Appalachian running back Dylan Payne (26) tries to get away from Southeastern’s Justin Bolden (21).

The Appalachian Eagles put themselves back in the playoff hunt with a 34-14 victory over Southeastern in a game played at Cleveland last Friday night.

With the win, the Eagles can now lock up a playoff berth with a win over Shades Mountain Christian this week.

Southeastern took an early 7-0 lead but the Eagles responded.

Behind a ground game that piled up 285 yards, Appalachian wore down the Southeastern defense over the final three quarters.

Southeastern couldn’t run the ball, finishing with -42 yards on the ground, but the Mustang passing game was on target. Junior quarterback Cole Garner completed 9 of 15 passing for 206 yards with a touchdown and an interception. He also had a rushing touchdown.

Mauris Zamora led the Mustang defense with 13 tackles, including five for lost yardage. Bolden had 12 tackles, forced a fumble, and had a fumble recovery. Kevin Grubbs had 8.5 tackles and Tanner Lewis had a sack.

Appalachian had a solid night on offense, with 285 yards rushing and 84 passing.

Stack led the Eagle defense with eight tackles while Chris Cornelius had six stops. Josh Smith had five tackles, including a sack.

Southeastern (1-5 overall, 0-5 in 1A Region 6) will travel to Meek this week. Appalachian (3-3, 3-3) hosts Shades Mountain Christian for homecoming.