Eagle Scout proves to be resilient 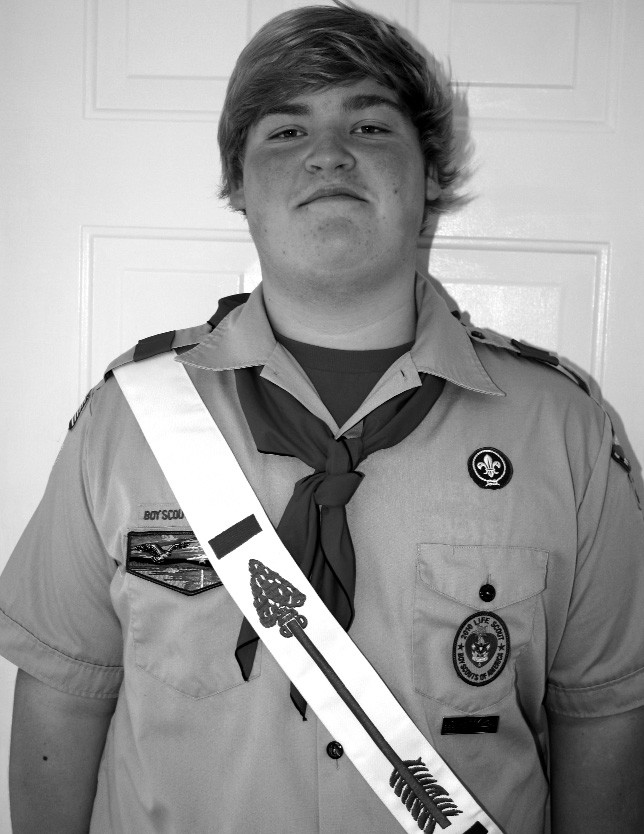 Multiple obstacles didn’t keep Christopher Kirk, 15, from obtaining the highest honor in the world of scouting. The Locust Fork 10th grader made an Eagle Scout on June 3.

“To be an Eagle Scout is proving to yourself and other people around you that you can take on responsibilities, be a leader, and be a man of God,” Kirk said.

Kirk has been proving many things to many different people over the past five years. When Kirk was 10 years old, he and his family were enjoying a day of fun and swimming on Lake Zamora in Birmingham. Kirk, his sister Abby, and his father left the lake and while traveling down a curvy road were hit head on by an oncoming vehicle.

“I look up, and there is a car on our side of the road, when I saw that car, I blacked out,” Kirk said. “I woke up, and could hardly breathe. The airbag was making me suffocate.”

The car accident took his father’s life and left Kirk and Abby with multiple injuries.

“It broke Christopher’s hip,” said Dorothy Shrader, Kirk’s grandmother. “All of these people kept bragging on Chris about how he wanted his sister taken care of first.”

Abby was airlifted from the scene and is now a healthy 8-year-old who also attends Locust Fork.

Complications during Kirk’s initial hip surgery led to a continuous six months in the hospital and 20 more surgeries that left him with little chance to walk unaided again, but Kirk remained resilient.

“They said I wouldn’t ever walk without assistance,” he said. “I went one day to school in a wheelchair and decided I couldn’t do that.”

Kirk now walks on his own.

“Because of his situation, Christopher was able to provide an awesome lesson to earn his disabilities awareness badge,” Shrader said. “During the presentation, the place was packed. He has had a lot of people ask him to come and teach.”

Kirk, a Boy Scout since age 6, taught the lesson to his entire troop; allowing them to get their disabilities awareness badge as well.

For his Eagle Scout project, Kirk worked as the contractor for his fellow scouts while they built two picnic tables that were initially for the outside classroom at Locust Fork High School. It was later decided the tables should be moved to the baseball field. The project took a year to plan and two weeks of work.

Kirk says he hopes being an Eagle Scout will lead him to a good career.

“I want to program computers,” he said. “Hopefully, employers can see with me being an Eagle Scout that I’m a good leader, responsible, and dependable.”

Those closest to Kirk see the potential he has.

“He has a heart of gold,” said Troop 212 scout master, Danny Crigger. “He’s always cheerful, and he always strives to do his best.”

Shrader sees no limits for her grandson as long as he gets the opportunity.

Kirk is a member of Troop 212 and attends New Life Ministry Church of God in Oneonta where he works the sound booth and occasionally teaches children’s church. His mother and stepfather are Wendy Kirk Reid and DeWayne Reid. His grandfather is Robert “Smokey” Shrader.

A ceremony to honor Kirk for his accomplishments is scheduled for July 21 at 2 p.m. at New Life Ministry Church. For more information call Dorothy Shrader at 681–8242. All friends are invited.