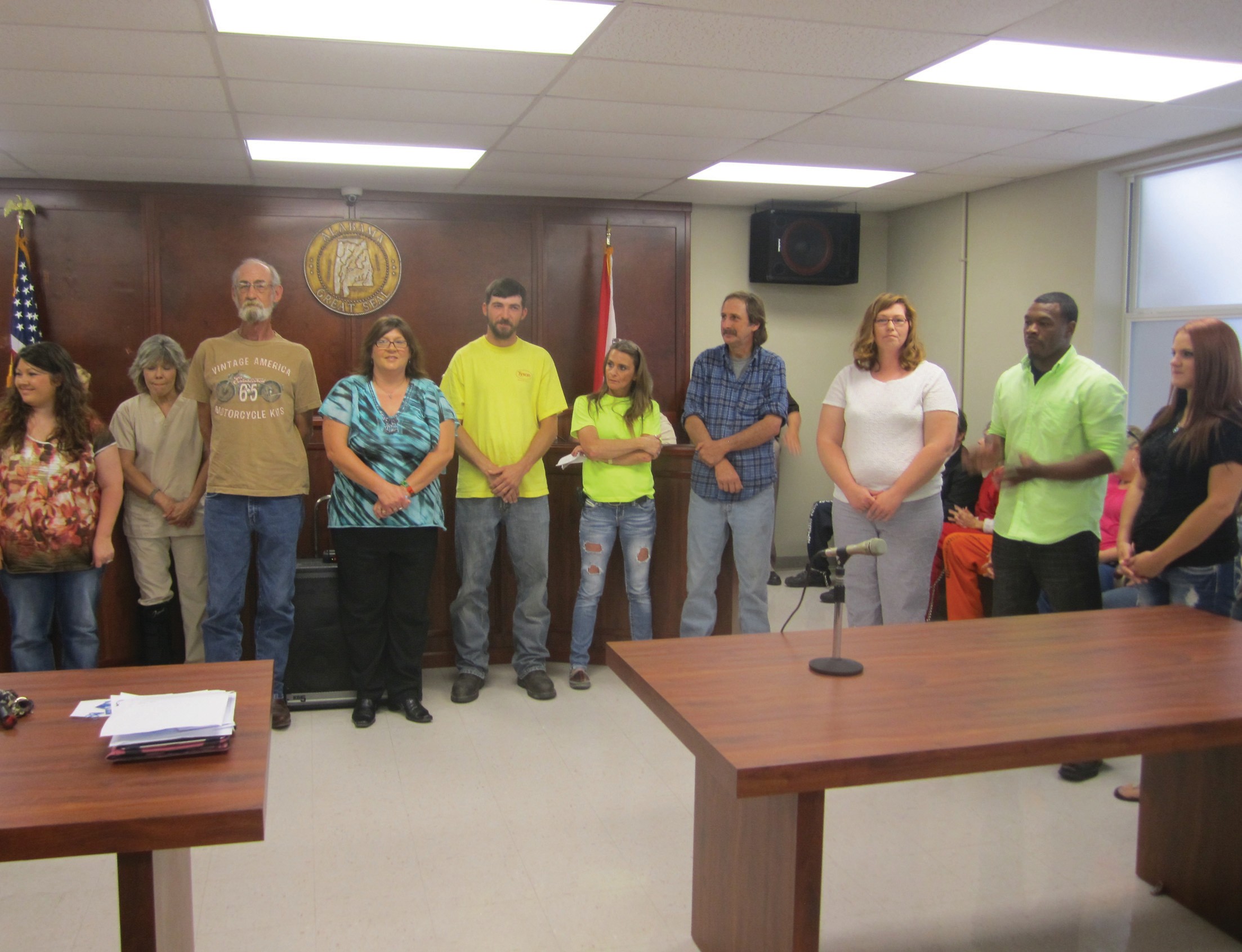 Recent graduates of Blount County’s drug court prepare to resume their lives as productive citizens, after successfully completing the program, paying their fines and restitution, and having their drug charges dismissed. The intensive program, requiring participants to complete a demanding, four-phase regimen over 12 to 18 months, was begun in the fall of 2010.

“This is the best thing I’ve been involved with since I’ve been a judge in Blount County,” said drug court Judge John Dobson, as he prepared for the ceremony involving 11 graduates the program.

He referred to the life-altering changes experienced by participants in the program. Those who qualify for drug court are given an opportunity to have drug-related charges against them deferred in exchange for their enrollment in the intensive program which will govern most their time and virtually every aspect of their lives over the 12 to 18 months it will take them to complete it. It requires breaking their dependency on drugs and thoroughly reorganizing their lives, often achieving a degree of selfdiscipline they’ve never before experienced.

To achieve such results entails periodic drug testing, attendance at therapy and support group sessions, community service assignments, frequent and extensive case review, evaluation, and followup, and other measures – all monitored by a treatment and compliance team of nearly 20 professionals from various disciplines.

After completing the four-stage requirements successfully and paying all fines and restitution incurred – both before and during the program – their charges are dropped by the state and they are released from the program with a clean record, prepared to assume their duties as citizens.

Most succeed, but not all. Those who fail to meet requirements of the program return to the legal system to face the charges pending against them.

34 have completed the drug court regimen since it began in 2010, Dobson said. Fewer than a dozen have failed and have been returned to the legal system while 55 remain in the program following the current graduation.

“You can see the change in people as they go through the program – in their dress, posture, personal hygiene, behavior, their looking you in the eyes. We don’t force those changes on them, they just happen as they get their lives in order. When they go through drug court they have a chance to see what clean living looks like and feels like, maybe for the first time in their lives. They learn what it takes to be successful,” Dobson said.