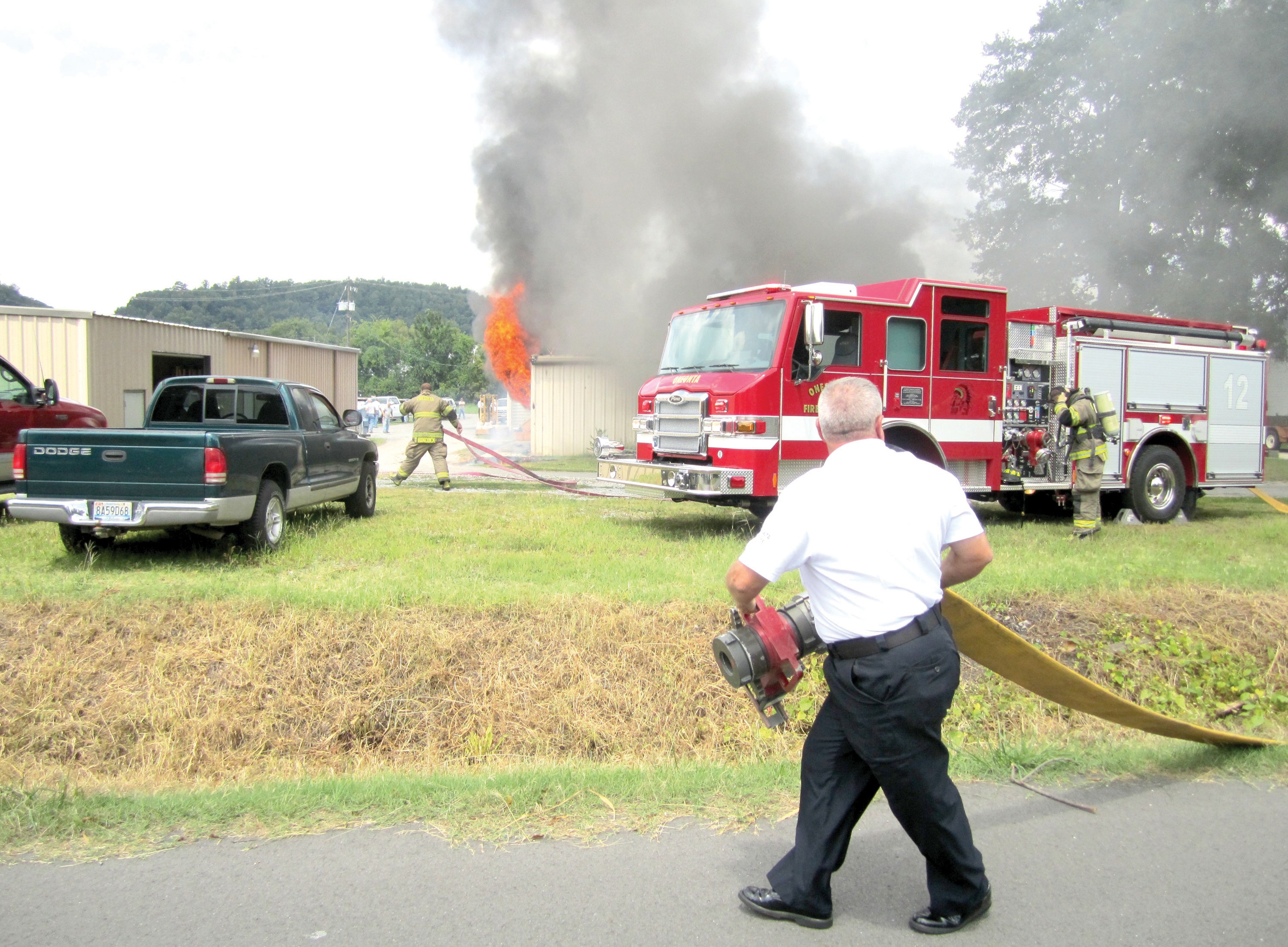 Oneonta Police Chief James Chapman gets pressed into temporary service as a fireman as he drags a fire hose to a hydrant across the street to establish another line. The fire at Tip’s Cabinet Shop produced a spectacular smoke column in downtown Oneonta shortly after lunch Monday. The fire was contained where it started in an outbuilding used as a finishing area for cabinets. Problems with an electrical appliance may have contributed to ignition, according to Oneonta Fire Chief Brandon Horton. It was thought that paint and associated vapors provided the fuel for the leaping flames and billowing black smoke, and contributed to the fire’s rapid spread. The building is considered a total loss.