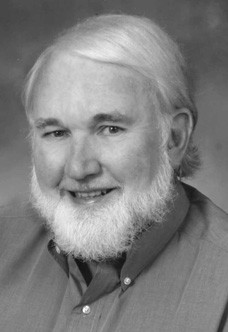 The State of Alabama’s government is already in a deep recession.

But my sources at the State House are fearful of what’s to come next year, when the state’s general fund operating revenue is expected to decrease by over $300 million or about 20 percent.

“We can survive this year. What terrifies me is next year. There’s absolutely no wiggle room left for next year,” Ed Bridges, head of the state archives department, told The Birmingham News.

In an article this past week News capitol correspondent David White, reporting on what the upcoming third fiscal year of proration would bring, wrote this:

And you can go on-and-on throughout the list of the agencies which provide critical services for the people of Alabama… the courts, the prisons, probation and parole, food inspections, health services for the poor, law enforcement, and a long list of others.

Now, I’m certain there are areas which can be cut. I worked for the state in my past life and can bear witness to such. What is shocking to me is that our state leaders have no plan and perhaps not even a thought of how to develop a plan to offset the mandatory reduction in services by increasing revenue.

Yep, no plan to raise revenue or any organized initiative to cut unnecessary expenditures that may still be out there! Let’s just see how far we can go before Obama sends some more federal dollars. Sorry boys, Obama bailed us out for the past two years. That’s over.

Then there’s the Retirement Systems

Don’t hold me to the exact number, but I count 38 positions at the Retirement Systems of Alabama which pay an annual salary exceeding $100,000. Could this be the reason the RSA logo is emboldened in gold at the top of the agency’s plush new headquarters building?

Those 38 positions do not include the latest hire by the RSA, Leura G. Canary, the former United States Attorney for the Middle District of Alabama.

Ms. Canary, who started in January, was hired in a new RSA position titled “General Counsel” at an annual salary of $200,803.20. That’s about the annual income of five average Alabama families.

There is no question but that Ms. Canary is qualified for her new position. Over qualified would probably be the best description since RSA has been getting along for years with its remaining lawyers on the payroll.

The hire surely can’t be because Ms. Canary is destitute. She has earned a generous pension from her federal government service which she can start collecting a year or two from now when she turns 56. And her employment for a year, perhaps less, at RSA will allow her to vest her state retirement with nine-plus years of service she achieved at the Alabama Attorney General’s office prior to attaining her federal position.

In addition, she is married to Bill Canary, the well-paid head of the Business Council of Alabama and a top crony of former Gov. Bob Riley.

High on the hog RSA salaries

I should state that Ms. Canary’s RSA pay is nowhere near the highest at RSA. So let’s revisit some of those other salaries. Dr. David Bronner, the top enchilada, receives $47,524.50 a month, which is more than the median household income in the state from 2006-10 according to U. S. census data. His annual pay is $570,294.00.

By writing all this I fully expect to get into more trouble with Dr. Bronner, the high lord of RSA, and it will give him an excuse to bash me again in his “RSA Advisor” which is delivered each month to over 300,000 RSA members.

I will be presumptuous and advise the good Doctor that I want him to do well and that he doesn’t need to try and appease Bob Riley. Mr. Riley, the former lobbyist, will never be elected governor of Alabama again.