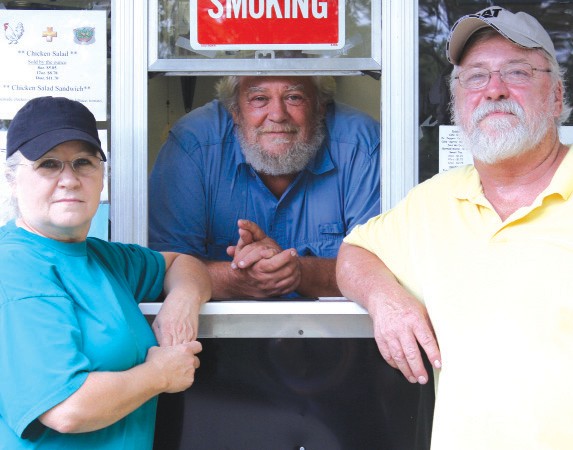 For the second time, the JB Burger from D&R Barbecue in Trafford has been named the best burger in Blount County. Husbandand wife owners Dan and Rebecca Barrett say they were surprised to learn they had received the title again, but the duo were more prepared than last time in 2009 when they won and didn’t even know they had been nominated.

The JB Burger is named after the owners’ son, Jeremy Barrett. Rebecca says what makes the JB special is Dan’s special seasoning and the homemade barbecue sauce.

She says it reminds her of cheeseburgers she used to eat as a kid and refers to the JB as an old-fashioned cheeseburger with lettuce, tomato, mayonnaise, and a bun that is cooked on the grill along with the meat.

“It’s made to order right there,” Rebecca said. “We take a lot of pride in what we do, and it’s obviously paid off.”

In the closest race since the “Best Burger of Blount County” began, D&R Barbecue came in first with a score of 95.65 followed by Mio Sogno at 95.5. Daisy’s in Locust Fork came in third at 95, and Dana’s Barbecue in Cleveland was fourth at 94.75.

D&R Barbecue will celebrate its four-year anniversary on Aug. 15. The idea for the restaurant began after the Barrett’s son was in the Locust Fork High School Band, and Dan and Rebecca cooked and sold barbecue as a way to raise money. Numerous people encouraged the Barretts to open their own restaurant and now both say they will continue to run D&R Barbecue as long as they are able.

Even though D&R began as a strictly barbecue selling restaurant, Rebecca says they now sell just as many burgers as barbecue, and Dan says after being awarded the Best Burger title in 2009, they saw a rise in sales. Dan’s secret to cooking good food for others is pretty simple.

D&R is located right off Ala 79 across from the former Mr. Willie’s Restaurant. They keep it simple at D&R, operating out of a trailer and providing a few picnic tables for eating or lounging while waiting for an order. The menu includes ribs, chicken, salads, an assortment of appetizers, and more.