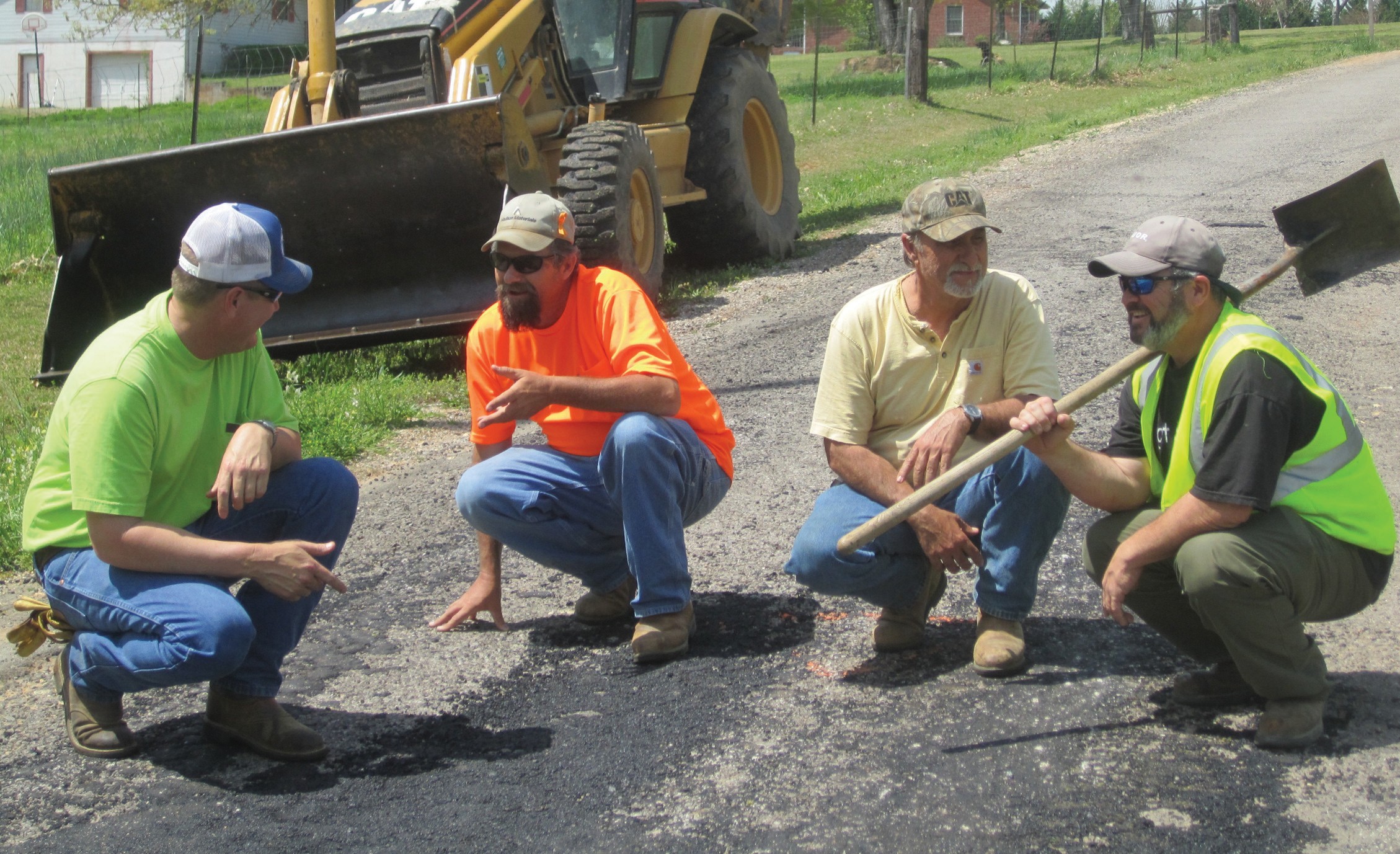 This is the first of a series of articles on the county’s four administrative/geographic districts, based on interviews with the county commissioner for each: District 1 – Allen Armstrong; District 2 – Carthal Self; District 3 – Dean Calvert; and District 4 – Gary Stricklin.

It will focus specifically on problems – not because they’re unusually prevalent – but because that’s the best way to understand what commissioners have to deal with, and where the county needs to concentrate its efforts. Major headings are (1) the commissioner’s biggest problems, (2) the county’s biggest problems, (4) the district’s main problems and needs, and (5) accomplishments.

Commissioner availability for interviews is dependent on the prevailing workload, so that will dictate to some extent the timing of subsequent articles. The Blount Countian conducted the first interview three weeks ago with District 1’s Armstrong. A notable quote, the one appearing in the headline, surfaced about halfway through that interview. It falls into the category of one of the county’s biggest problems, and that’s where we’ll start. County’s biggest problem

•The county’s biggest problem, according to Armstrong, is – no surprise – lack of adequate revenue. Aspects of the problem showed up in several different contexts. Right off the bat was the question “How much would it cost to get everything done in District 1 that needs to be done right now?” Armstrong replied that District 1 has about 300 miles of county roads, many if not most of which need repaving. The cost of 4 inches of blacktop is approximately $82,000 a mile, he said. The cost to repave all 300 miles would therefore be about $24,600,000. Armstrong’s District 1 budget has ranged between $900,000 and $1 million annually since 2010. No one realistically expects all county roads to be repaved at once, but the arithmetic gives a sense of the magnitude of the job compared to the resources available to do it. CONTINUED FROM FRONT PAGE

• “Every year we’re taking $280,000 out of capital reserves to pay for the general costs of county government,” Armstrong said. “We’re paying out more than we’re taking in. Eventually we’re going to have to do something different. We’re going to have to make some tough decisions about raising more revenue. Meantime, there have to be some cuts made. It could come to 3 to 5 percent across the board.”

•“We don’t need to have it cost $200,000 every time we change probate judges.” Armstrong said he was referring to the high cost of legal fees involved in removing the past county administrator from the job, and the fact that if that position were to change each time a new administration is elected, such fees could recur. He has advocated hiring the county admistrator on a contract basis for that reason, he said. The county administrator is currently hired as a merit employee.

•Armstrong said the county needs to spend the money it does have for roads more efficiently. His example had to do with meeting state specifications for county road construction as opposed to building the roads to less-stringent county standards. A perfectly adequate mile of county road built to county standards might cost $100,000, while the same road built to state standards might cost $400,000. “We can do more miles of road to county standards than by going through ATRIP,” he said.“We might have to look at a county bond issue to do it.” The challenge, he said, is to make sure the roads built or repaved with borrowed money outlast the payback period for the bond money borrowed to build or repave them. “Don’t let the payment exceed the pavement,” he said. Commissioner’s biggest problems

•Armstrong said that, as expected, road conditions are his biggest source of complaints. “They’ve actually slowed a little,” Armstrong said. “When I first came into office, they were at around 20 a week. Now they’ve slowed to a few a week. I think a lot of it came down to lack of communication in the past. It helps to just call people back and listen to what they have to say.”

•Not-so-routine, but ultimately more difficult because he can’t resolve most of them, are disputes between property owners about property lines and easements. He gets complaints regarding subdivision covenants over which he has no authority, he said. Other complaints involve public roads which are not county roads, meaning they have never been accepted for maintenance or been maintained by the county. “It’s up to the landowners to deal with road maintenance in a case like that,” he said, “even if it involves emergency vehicle access. It would bankrupt the county to take over all those roads.”

•When a landowner claims the county has worked the road in the past, Armstrong said he relies on his foreman with 30-odd years of experience to remember if the county has ever used county equipment to work the road. District’s biggest problems/needs

•Cost of asphalt is a problem shared with all districts. CRS2, a type of asphalt (tar) used for paving, cost 71 cents a gallon in 2002. Today, its cost varies in the neighborhood of $2.39 per gallon. That’s an increase of more than triple the cost in 10 years. Gas tax revenues used to support road maintenance not only have not increased during that time, they may have actually decreased somewhat.

•Peculiar to District 1 is the problem of a sewer system inadequate to support economic development, particularly in the I-65 area where development is most likely strategically. Armstrong said the sewer treatment plant is adequate to handle much greater volume, but that the system distribution lines are not nearly adequate. They need to be upgraded to a 6- inch line, he said. He said lack of adequate sewer facilities hinder development in the entire Hayden area.

•To meet maintenance and scheduling needs, Armstrong said the district needs a road sweeper and a second road grader. Primarily for safety purposes, it also needs a “pigtail” truck to follow tractors that are mowing right-of-way. The pigtail truck is also equipped to spray roadside brush as it follows behind the tractor. Armstrong said he has tried to economize by acquiring vehicles that have been confiscated by the Sheriff’s Department. He said he also purchases military-grade oil for as little as $1 a quart along with other supplies through a government surplus plan operated by a contractor in Eva in Cullman County. Accomplishments

Armstrong listed the following items he is proudest of having accomplished during his term so far as commissioner.

•Payment in July 2011 of outstanding county debt of $5.56 million dating to 1996, leaving the county free of longterm debt and completing the work of several administrations.

•Payment of District 1 debt for road equipment, paid off within a year of taking office.

•Overseeing to fruition the repair and restoration of Blount County’s three legacy covered bridges, in progress since 2009 and now open to vehicular traffic.

•Concentrating on roads in District 1 that hadn’t been worked in many years.

•Assisting Hayden in getting a grant for improvements to a planned town park featuring a pavilion, splash pad, and walking trails.

•Renovating two generators and donating them to the Hayden Community Center and the town of Nectar for emergency uses.