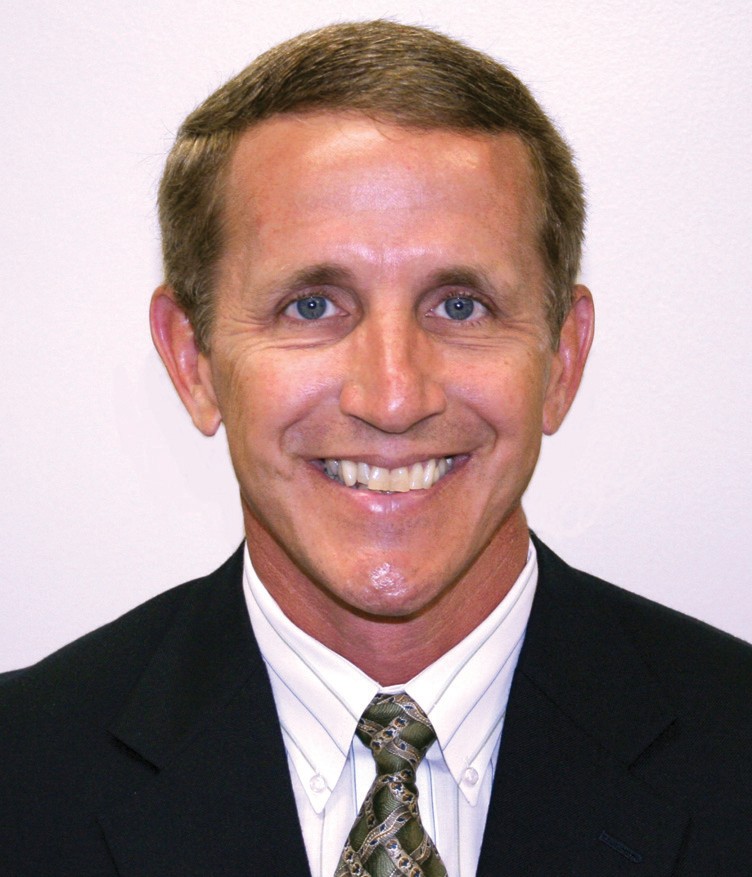 
“On behalf of the chamber board of directors, we are excited to welcome Donny as our new executive director,” said board chairman Kelley Cochran in a prepared statement. “He has the county’s best interests at heart and wants to see Blount County grow and prosper. Donny’s vision aligns with the board’s and we think he is a great fit for our organization. With his leadership, we will continue building on our successes.”

The official effective date is Jan. 1 for Ray to begin work, though he will report to the office during the holidays to begin familiarizing himself with the job. Ray spoke with The Blount Countian
last week following the board’s decision on Dec. 14.

“We’re not ever going to replace Charles Carr,” Ray said as the interview began. “He was a unique person with contacts all over the state, and we’re all going to miss him. But we’re got to steer the ship and go forward, and that’s what we’re going to do.”

Ray said that from his initial interview discussions with chamber board members, he can make a few generalizations which he will be able to flesh out in more detail later on.

“I can tell that they want us to get more involved in economic development,” he said. “These are great civicminded people on that board. We’re going to utilize them in a team concept. We’re going to rally all our city, town, and county leaders with the outstanding members of the board. I think there are great things in store for us,” he said.

He added that he would have further comments on the chamber’s mission, its priorities, and his specific concerns after he has had more detailed discussions with the board as to their wishes and instructions.

“I want their focus to be my focus,” Ray said. “I can’t wait to meet with them and say ‘here are my ideas; let me have yours’ – and we’ll develop a strategic plan or vision, and we’ll come back and lay that out for people. I hope they already have a mission statement. I’m sure they do, but if they don’t, we’re fixin’ to have one,” he laughed.

“I know people want to know about the chamber breakfasts,” he said. “That will continue. In fact, we’ve already set the next one for Jan. 13. It’ll be Sen. Richard Shelby, making his first report from the new Congress. The breakfasts are a priceless opportunity for people all over the county to come together for fellowship and information and education. Now that we’re moving beyond the political season, we’ll start to broaden the subject matter somewhat beyond politics, beginning with the February breakfast.

Other thoughts from the interview:

On his first reaction to being hired for the job: “I’m just so grateful for a chance to work and benefit my own community. I’ve been working with counties all over the state. Now I can help my own community be a better place to live.”

On subjects he has a particular interest in: “I have a 21-year-old son at the University of Alabama. I’d like for him to be able to come home when he graduates and have a place to go to work – not have to go off to Atlanta or Nashville. A lot of his friends he graduated from high school with are in the same boat – doctors, veterinarians, and others – we need to expand our economic base so our talented young people can come back home to live and work. That also means taking care of businesses we already have and fostering them. That’s where a lot of job growth occurs.”

On a big job he knows lies ahead: “We’ve got to assemble a comprehensive county profile with available real estate listings, available commercial buildings, transportation, demographic data, tax information, GIS maps, school districts, you name it. And have it ready to respond to inquiries immediately. That’s an important project, and I’m ready to get started.”

Quote of the day: “I want to get started so bad.
They can send me my check or not, I just want to get to work.”

Ray, 49, graduated from Oneonta High School in 1979, attending Snead State before transferring to the University of Alabama, where he graduated in 1983 with a bachelor’s degree in economics.

He returned to Oneonta and went to work as a computer programmer/tax mapper in the Blount County revenue commission office, where he worked until 1993, when he was appointed to fill the unexpired term of former revenue commissioner Kyle Bryan.

He was elected to two subsequent terms in 1996 and 2002, serving as revenue commissioner until 2008. Since that time, he has worked for The Atlantic Group an aerial photography and mapping company in Huntsville, providing mapping products for engineering, tax assessment, and utility purposes, and serving a three-state territory in Georgia, Mississippi, and Alabama.

He is married to the former Kristi Wester. The Rays have one son, Justin, 21.