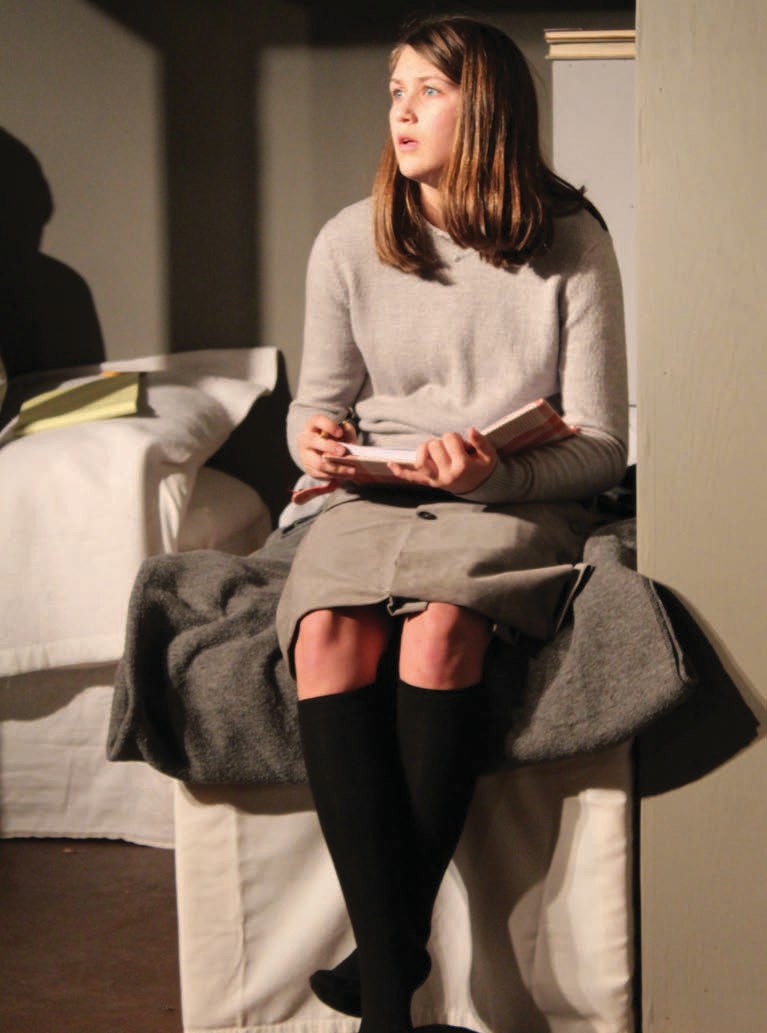 Blount County’s talent never ceases to amaze, and no better proof exists than in The Covered Bridge Players’ performance of “The Diary of Anne Frank.”

Audiences are transported back in time to World War II to a small annex inhabited by the Frank and Van Daan families who, as Jews, were forced to hide to avoid death at the hands of Hitler’s followers.

The personalities of each individual living in the annex are clearly different from the beginning of the play, and, as expected, confrontations arise as the result of those differences and the long days cooped up inside such a small area.

Despite their circumstances, they go about their regular lives as much as possible including French homework and family squabbles. 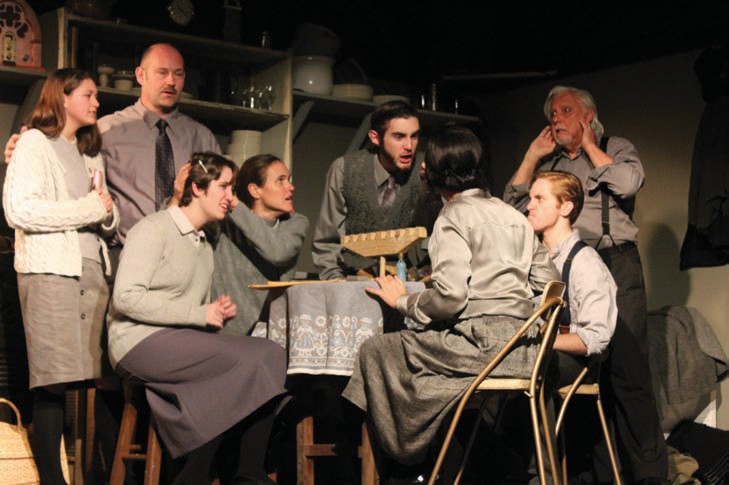 We meet 13-year-old Anne Frank, a lively girl with a bit of an attention-seeking quality, played by ninthgrader Anna Frey, of Oneonta.

Anne’s love for her father, Otto, played by Paul Kelly, of Oneonta, and troublesome relationship with her mother, Edith, played by Ginni King, of Oneonta, add to the tumultuous household which is escalated by Anne constantly comparing herself to her sister Margot, played by Morgan Fletcher, of Locust Fork.

However, in the midst of the two families attempting to survive their confrontations, a bigger issue comes to front when Mr. Dussel, played by Zach Buse, of Oneonta, also seeks refuge with the two families.

Dussel brings news of the outside world where Jewish people are being taken from their beds, and children are coming home from school to abandoned houses.

The play’s mood quickly darkens as reality sets in. Anne begins having nightmares, thunderously loud noises from outside the annex spook the families, and a thief in the night, mistaken for German soldiers, sends each person over the edge.

And that’s only Act I.

Thanks to the real-life Anne Frank, audiences in Oneonta and around the world are able to witness the true atrocities of World War II. Just as Otto Frank says in the play,“You can write, Anne. You can put your feelings down on paper. You’re lucky.”

But, perhaps we are the ones who are lucky. To have an emotional, heart-wrenching story that brings to life world history.

As with the last Covered Bridge Players performance, all showings of “The Diary of Anne Frank” last weekend and this weekend are sold out, so it’s advised to promptly order tickets for upcoming shows in advance by visiting, www.coveredbridgeplayers.com.