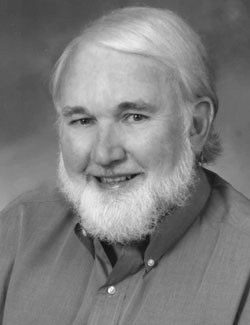 It was reported this week that 12 of the 22 Alabama senators who run under the Democratic label, employ 43 individuals to provide various chores such as driving and working on constituent affairs, while the 13 senators who are Republicans share only one such worker.

One Democrat, Sen. Phil Poole of Moundville, has eight…

The cost for these positions is over three-quarters of a million dollars and funded from the discretionary money appropriated to the office of the President Pro- Tem of the body, Sen. Hinton Mitchem of Union Grove.

Republican senators expressed outrage at the report, saying they did not have sufficient help to handle similar needs for their constituents. I concur in their assessment. The Democratic majority should either share these funds based on the number of senators in each party…or perhaps a better idea would be to abolish this slush fund altogether.

In addition, there are several contract employees assigned to various senators to handle legal work and media relations. These workers are in addition to the Legislative Fiscal Office and the Legislative Reference Service, two large offices which support the entire legislature. Add to that the administrative assistants/secretaries hired by the secretary of the senate and who are mostly shared by two senators, except for those members in leadership posts.

I have written many times that legislators should have sufficient pay and staff to research legislation and provide them with information instead of having to rely on lobbyists for these functions. It is not uncommon for lobbyists to actually hand legislators bills already drafted for introduction.

I believe it is appropriate for lawmakers in leadership positions to have additional staff, but otherwise, each member should be provided the same staff resources and I don’t mean people to write press releases or serve as a chauffeur.

Alabamians are registering to vote in record numbers and some voting officials are predicting a tsunami-like turnout on election-day.

Secretary of State Beth Chapman is predicting a record number of voters, even surpassing the 1.9 million who voted in the 2004 presidential election. Chapman says the registrations have really increased in the last several weeks and that her office is now getting 200-300 requests each day for applications to register.

In many of the state’s larger counties election officials are already bringing in extra help. Jefferson County has been preparing for months according to the chair of the county Board of Registers.

Rep. Sue Schmitz of Toney has a new hero. His name is Earl Jordan, a retired health and safety inspector from Huntsville. Jordan was the lone holdout on a federal court jury that favored convicting Schmitz last week in a Decatur courtroom. The lawmaker was facing eight federal fraud charges, including allegations she used her position to arrange for a public job and then did little or no work

Jordan, who asserts the other eleven jurors tried to get him removed from the panel, said he stood by his conviction that a person is innocent until proven guilty, despite pressure from other jurors to change his vote.

Schmitz, D-Toney, still faces the charges and the prosecution vows to retry the case, perhaps near the end of the year or in early 2009.

The Decatur Daily criticized the federal judge presiding over the trial, R. David Proctor, for excessive secrecy in holding hearings with the attorneys in private. “Secrecy is especially inappropriate in the trial given the ongoing debate over whether U.S. attorneys appointed by President Bush – including U.S. Attorney Alice Martin – are targeting defendants based on political factors,” the newspaper wrote.
Bob Martin is editor
and publisher of
The Montgomery Independent
E-mail:
bob@montgomeryindependent.com