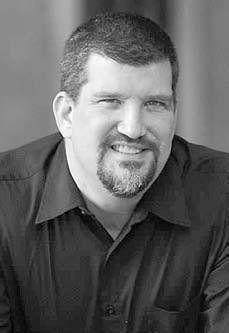 Continuing its ATIP (Addressing the Issues Program) series, the Blount County Democratic Club will host Alabama political columnist John Archibald at its May 11 meeting. Writing for The Birmingham News, AL.com, and the Alabama Media Group, Archibald’s regular column on Alabama politics and life appears tri-weekly in The Birmingham News, The Huntsville Times, and the Mobile Press-Register.

Archibald quips that before beginning his column in 2004, “he worked on the news’ investigative team and has covered everything from crime and punishment to Birmingham City Hall, which is not always the same thing.” Born in Decatur, Archibald spent most of his youth in Birmingham before attending The University of Alabama from which he graduated in 1986. The husband and father of three has won numerous awards and appeared on various national and international television networks attempting to explain the Alabama many find so mystifying. He also comments most Thursdays over Birmingham’s WBHM Alabama Public Radio station. He claims, “Wind me up and I’ll talk to anybody.”

Offering further insight, Archibald reveals, “What’s important to me is keeping people informed, and doing it in a way that is both understanding and entertaining. If you can make them laugh or cry or get angry then people will continue to read…. The greatest thing anybody can ever say to me is ‘I disagree with you, but I read you every time.’ I am grateful that I hear that a lot.”

The club has asked Archibald to speak on the importance of a free press in a democratic society. The session will begin at 6:30 p.m. in Oneonta’s Frank Green Office Building. The public is invited.