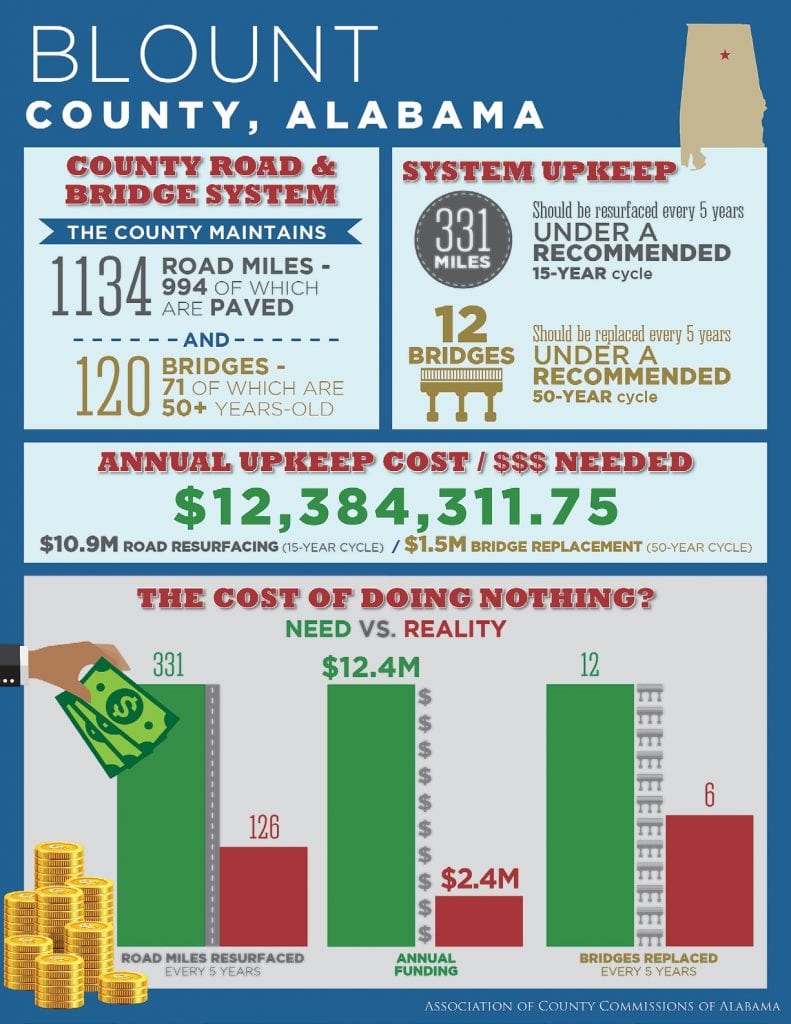 Blount County infrastructure quick reference sheet Above are some basic metrics on Blount County roads and bridges. It should be a handy reference in connection with both the unit system and the gas tax discussions. The chart is a handout prepared by County Engineer Dustin Stewart, in response to a request from the Association of County Commissions of Alabama to all 67 counties in the state. It is representative of the status of roads and bridges in counties across the state. Its purpose is to communicate to citizens the magnitude and seriousness of the local transportation infrastructure crisis, and the extent of the revenue shortfall that has caused – and continues to cause – it. -courtesy Dustin Stewart and John Bullard

On the commission’s request to authorize a referendum to allow the people of the county to vote on the unit system of road management, the delegation wrote that it supports the right of people to vote on the matter. It encouraged the commission to work to break the multiple complex issues contained in the proposal into distinct components that could be embodied in separate bills.

“The commission and the legislative delegation continue to work toward a resolution of those issues,” Commission Chairman Chris Green said.

The delegation affirmed its support of the request for the Legislature to authorize a 4 percent lodging tax on hotels, motels, and other such overnight accommodations in Blount County. Proceeds from the tax would be used to support tourism, county beautification projects, the county park, and to maintain covered bridges.

It said it will not pursue at this time legislation to allow the county commission to require cleanup of structures deemed to be a public nuisance.