Day on the town, to remember 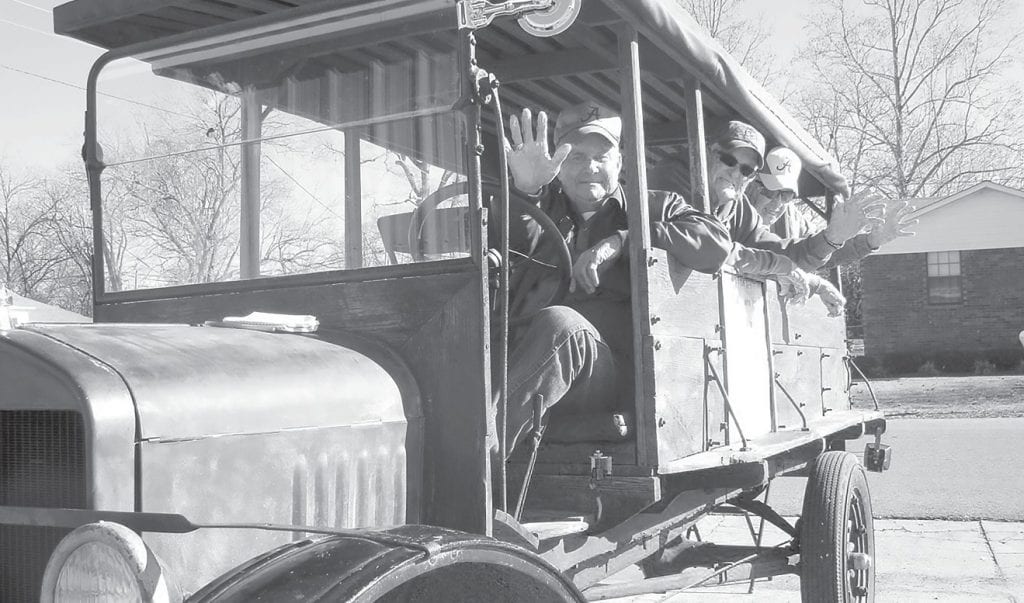 From left, life-long friends Wilburn Beavers, Leto Curl, and Gary Stansell – and the 1926 Model T Ford ton truck they rode in on – had a day on the town last week, triggering memories not only among themselves, but with everyone that saw them toddling good-humoredly down the streets of Oneonta in the T-Model that day. Mainly the back streets. With a top speed of about 25 mph, they tend to avoid the busy raceways. Wilburn Beavers owns the truck. More on that later. He lives at Fowler Springs and is a retired L&N railroad engineer. Leto Curl lives in Oneonta. He’s a former Oneonta Post Office mail carrier. Gary Stansell lives in Rosa. He worked in retail – J. C. Penney and Sears in Florida for years.

Among other things, they wondered if The Blount Countian would be interested in taking a picture of them on their pilgrimage. Are you kidding? Is the Pope…. ah, the Pope?

Here’s the skinny on the truck. It was bought new in 1926 by Wilburn’s grandfather, Sylvester Beavers, for $437.35, no tax. It has stayed in the family since, being bought for $100 in the 1950s by Wilburn’s father, Idus. Wilburn swapped an older, but sound, Ford tractor for it in 2005 or thereabouts. The bed shown is the original bed, built in 1926 from local saw timber.

It was originally used to haul produce to market in Birmingham back in the days when all the roads, including what later became Ala 79, were dirt. It reduced a three-day-long round trip before the truck (including time to sell the produce) to a day-long round trip with the truck. The 40-odd-mile inbound trip was especially slow. With a load of peas and watermelons, the truck could only muster about 5 or 6 mph on the uphill pulls, Wilburn said.

The truck made a valedictory appearance in the Veterans Day parade in Oneonta this year, and is expected to figure in parades and shows locally in the future. Be sure to look for it, along with Wilburn, Leto, and Gary, in the event those three musketeers team up to ride again and remember, as they did on one pretty winter day last week.