Day of celebration and controversy 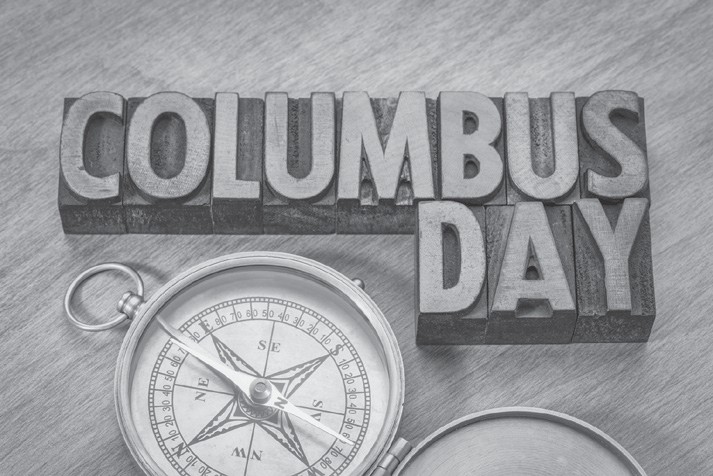 On Monday, Oct. 11, Columbus Day will be observed. It commemorates the landing of Christopher Columbus, who was of Italian heritage, in the Americas in 1492. Although Columbus believed he had reached his desired destination of Asia on Oct. 12, 1492, he actually landed on a small island in the Bahamas.

Until almost 300 years later, it was not formally celebrated as a holiday, but was unofficially recognized in several cities and states as a way to honor the achievements of Columbus and to celebrate the Italian-American heritage. In 1937, Franklin D. Roosevelt proclaimed Columbus Day a federal holiday that takes place the second Monday in October.

But not all celebrate Columbus Day. There has been much controversy over the proclaimed holiday. Many see it as a day the European settlers brought a host of diseases, including smallpox and influenza, to the indigenous people of the Americas. In addition, many believe that it resulted in the beginning of the transatlantic slave trade and the deaths of millions due to murder, disease, and warfare.

Often called Indigenous Peoples’ Day, it is not to erase Columbus Day, but to recognize, honor, and celebrate alongside Native American cultures and the people who inhabited the Americas even before European explorers arrived. Other controversies have arisen as well, including anti-immigrant groups in the United States who reject the holiday because of its association with Catholicism.

The landing of Columbus has been traditionally observed as Día de la Raze (Day of the Race) by the Hispanic culture with diverse roots. Venezula renamed the holiday to Día de la Resistencia Indigena (Day of Indigenous Resistance). This name is to recognize their native people and the experience.

Even today, there are cities and states in the U.S. that have replaced Columbus Day using the alternative days. Some cities included are Denver, Phoenix, and Los Angeles, as well as the states of Alaska, Hawaii, and Oregon.

In some areas of the U.S., Columbus Day celebrations include parades, street fairs, colorful costumes, music, and Italian foods, while those celebrating Indigenous Peoples’ Day include activities such as pow-wows, traditional dance events, and lessons on Native American culture. Regardless of how you celebrate the holiday, just know that federal buildings will be closed, as well as some state offices.