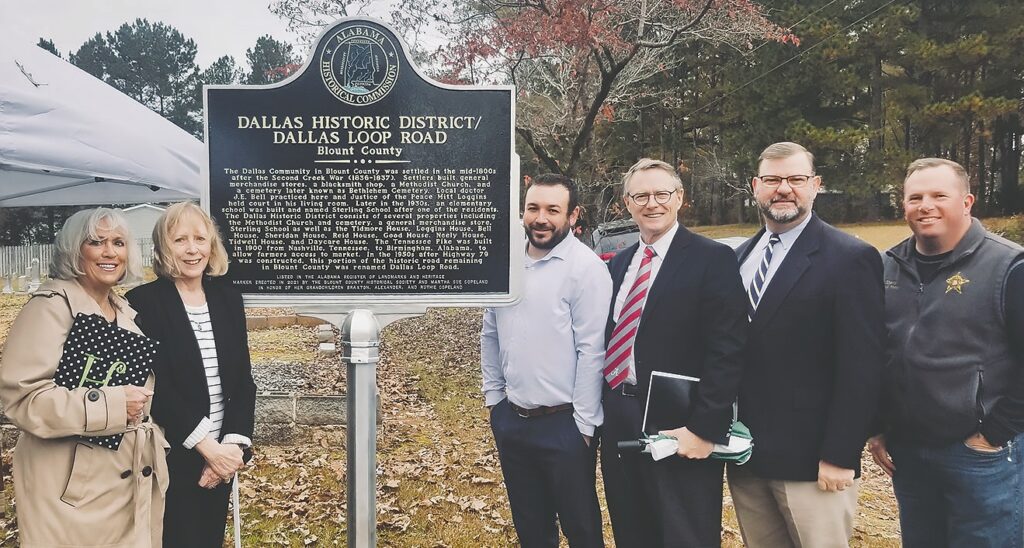 A portion of the Dallas Community located a few miles south of Locust Fork has been added to the Alabama Historic Registry. Several Blount County residents are responsible for making this a possibility. Sue Copeland, with the help of Dallas community members, headed up the project of gathering information. The process took nearly two years to see to fruition and the Blount County Historical Society graciously helped with the cost of the monument.

The Dallas Community was founded in the mid-1800s after the Second Creek War. The area boasted general merchandise stores, a town doctor, a justice of the peace who held court in his living room, a blacksmith, a church, and a cemetery. In 1900, the Tennessee Pike Road was carved through the middle of Dallas connecting Nashville to Birmingham; it was a way local farmers could travel to sell goods at various markets. In the 1930s, a school was built.

The marker was erected on the south end of Dallas Loop Road in Bethlehem Cemetery, across from Bethlehem Methodist Church.