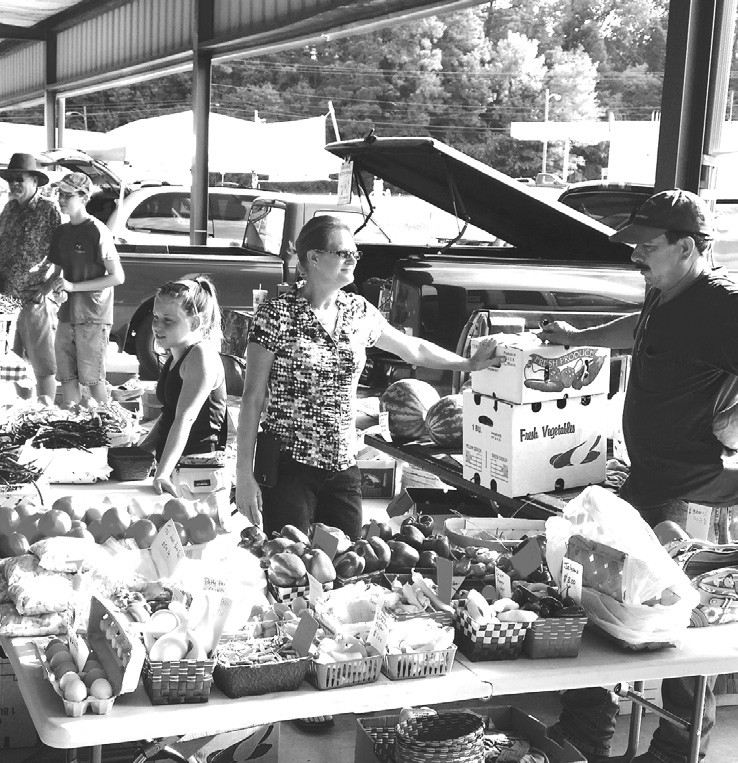 Two weeks ago, The Blount Countian reported receipt of an anonymous letter warning that some home-processed foods were being sold at the farmers market at the Blount County Agri-Business Center in violation of the Alabama Cottage Food Law.

A minor tempest ensued. A local task force involving representatives of the Blount County Health Department, the Cooperative Extension System, and the Agri-Business Center was formed to clarify what could be legally sold and what could not be legally sold.

A list of allowed foods and nonallowed foods was developed. It was actually posted inside the farmers market area for two days. Then the information was withdrawn by the Blount County Health Department, and the posted list removed by order or request of Don Wambles, director of the Alabama Farmer’s Market Authority.

Wambles said Alabama farmers markets, by agreement with the Alabama Department of Public Health (ADPH), are exempt from ADPH rules, such that certain home-processed foods may be sold at farmers markets without intervention by the ADPH. Background and further information on this exemption appears on the Alabama Farmers Market Authority website at fma.alabama.gov.

The website includes the following language. (The State Board of Health’s Rules of Food Establishment Sanitation)

…now excludes a kitchen in a private home from the definition of a food establishment if only food that is not potentially hazardous (time or temperature control required for safety) is prepared for sale or service at a function such as a charitable, religious, civic, or not-for-profit organization’s food sale, or at a state-sanctioned farmers markets (sic), and if the consumer is informed by a clearly visible label, tag, or placard at the sales or service location that the food is prepared in a kitchen that is not inspected by a regulatory agency. This exclusion shall not be construed as allowing the sale of low-acid foods in hermetically sealed containers (i.e. such as home-canned vegetables) when such food is not prepared in a permitted establishment.

(Ed. – A permitted establishment is one inspected and certified by the Health Department.)

Appropriate labeling, as far as The Blount Countian can determine, includes the “label, tag, or placard” mentioned above, specifying that the product “was produced in a kitchen not inspected by a regulatory agency” (such as the health department), along with the individual’s name or business’s name that produced the food, and the corresponding address (although this requirement is mentioned only in Cooperative Extension System materials, not on the Alabama Farmers Authority website.)

Chase Moore, director of the Agri- Business Center and chairman of the local farmer’s market council, will be the final authority for determining what homeprocessed foods may be sold and what foods may not be sold at the farmers market, according to Wambles. That agreement was reached last week in a meeting involving Wambles, Moore, Dan Porch of the Cooperative Estension System, and attended by The Blount Countian.

Moore said additional information on the matter will be posted in the public notice area at the farmers market.