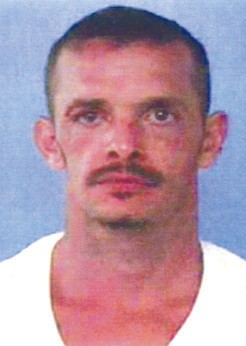 Thomas Doyle Crowe, 34, of Blount County, has been found guilty of capital murder, and the jury voted 11-1 in favor of the death penalty. Judge Steven King will make the final decision as to whether Crowe will receive the death penalty or a lesser sentence of life without parole on Dec. 11 at 1:30 p.m.

In Blount County, this is the third capital murder case where the jury recommended death in the past 40 years, according to Blount County District Attorney Pamela Casey.

In the early morning hours of Thanksgiving Day 2009, Marvin Allen Dailey, 71, was found in his burned-out house near Highland Lake on county road 29. Crowe and Toni Michelle Collins, 36, of Marshall County, were arrested a few days later for the murder.

Collins has not been sentenced but has agreed to receive life without parole. She has been in jail since Nov. 30, 2009, and she pleaded guilty and entered into a plea agreement on May 10, 2011. Collins was a key witness during the trial and gave explicit detail on what took place that night. Her testimony, including cross examination, lasted more than a day. Collins’s testimony

Collins testified she and Crowe met during the first week of November 2009. Collins said they were romantically involved, and she admitted that she knew Crowe was married during that time.

On Nov. 25, 2009, the day before Thanksgiving, Crowe and Collins experienced car trouble and pulled into Dailey’s yard. Collins said Crowe had been acquainted with Dailey, so he stopped at his house for help.

She stayed in the car while Crowe knocked on Dailey’s door. Dailey came out, and both men began working on the broken vehicle, and popped the hood on Dailey’s car. Then, all three decided to take Dailey’s vehicle to buy alcohol.

During the trial, Casey subpoenaed surveillance video from the Tip Top One Stop showing Dailey’s car entering the store’s parking lot, and Dailey going in the store and purchasing alcohol.

They later returned to Dailey’s home where Crowe and Dailey began drinking. Collins said she didn’t drink with them. According to Collins, they were at Dailey’s home for less than half an hour before they went to the home of Crowe’s cousin.

Collins said she and Crowe got high on crystal meth, and they later returned to Dailey’s home. Dailey and Collins talked alone for 20 minutes until Crowe entered. Both men began drinking again. Crowe went back outside but later returned saying he locked his keys in his car.

After some time, Crowe entered the residence again, stepped into the front bedroom, and shut the door. Smoke trailed behind him as he walked out and exited the house.

Collins claimed she saw, in her peripheral vision, Crowe burst through the front door and run toward Dailey, but said she then turned away.

Crowe ran back out of the residence, Collins followed him, and saw him sitting in Dailey’s car. He reportedly said: “I’ve got to get this car; I’m not leaving without this car.”

Dailey was in the front window still stirring. Crowe grabbed what Collins saw as an instrument that resembled a hatchet, and hit Dailey.

Collins instructed Crowe to get the keys out his pocket if he was planning on stealing the car. Crowe refused and told her to do it. She checked his pockets and didn’t find keys, but took some money. Crowe picked up Dailey’s television and left.

She saw Dailey lying on the floor and flames shooting out from the front bedroom. Crowe ran to the back of the house, and searched for something to light fire to the back side of the house.

Since she is from Marshall County, Collins said she didn’t know where she was and didn’t argue. She pretended to rummage through drawers in search of something to light a fire.

Crowe stopped his search and once again attempted to steal Dailey’s vehicle. After Dailey moved again, Collins claimed Crowe brought out his “prized possession” – a sword.

He ran up to Dailey once more with the sword in his hand, and Collins heard him say, “Stay down, old man.”

After returning outside, Crowe successfully started and began driving Dailey’s car. He instructed Collins to drive his vehicle. The couple returned to the cousin’s residence where Collins burned their clothes in a trash can. She threw the hammer and the hatchet instrument, which she had retrieved from the scene, in the fire. Conclusion

Crowe and Collins left the next morning and began driving. Their car broke down and the couple walked for approximately three hours before a Snead police officer picked them up. After running their names through the system, Crowe was found to have a warrant and was picked up by another department.

Collins had no warrants, but later admitted to her involvement in the death of Dailey.